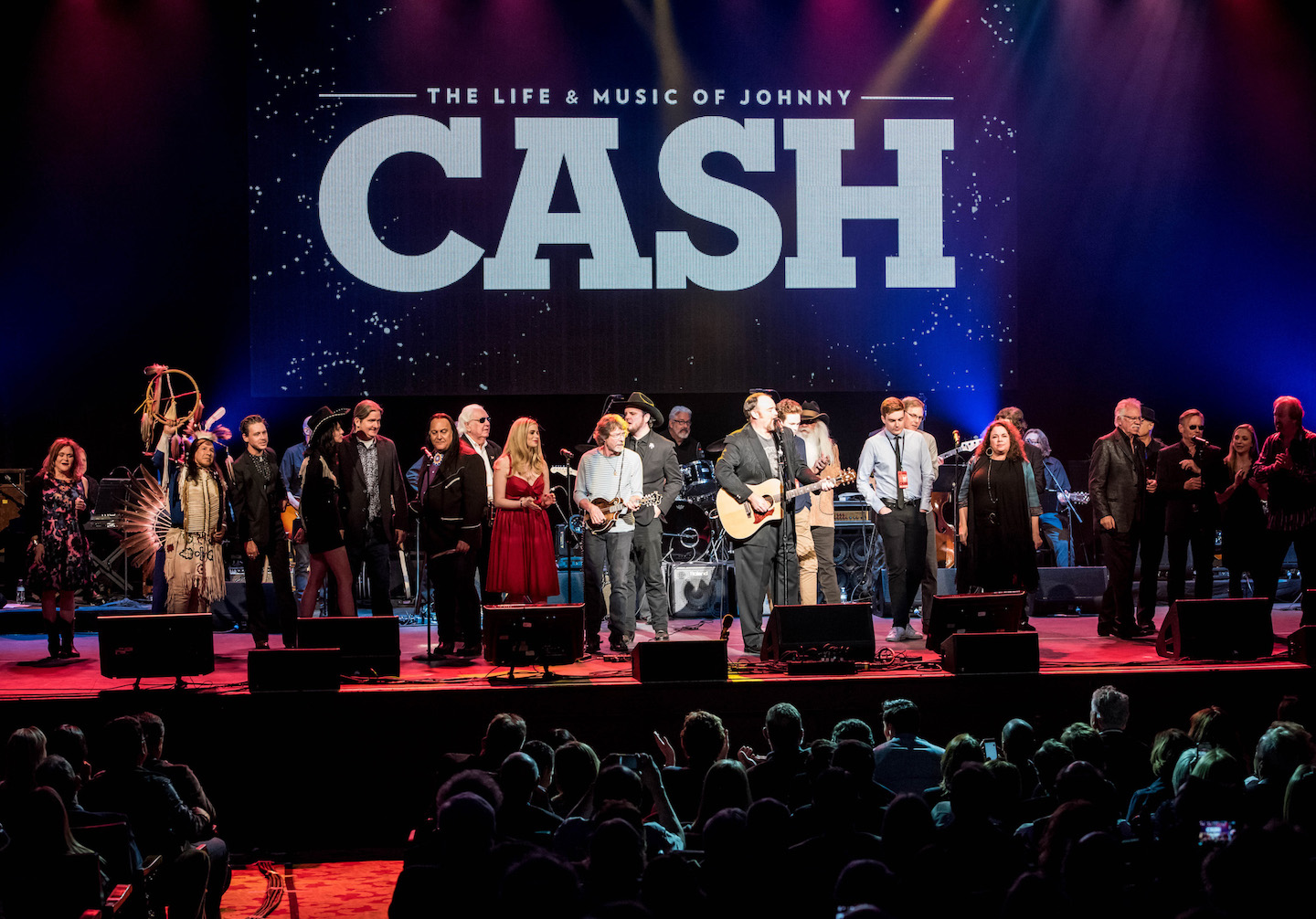 The Johnny Cash tribute. (Photo by Amber Patrick, courtesy of the Rock and Roll Hall of Fame)

This past Friday, Country Music Hall of Fame members The Oak Ridge Boys paid tribute to their friend and collaborator, Johnny Cash, at the Rock and Roll Hall of Fame's 21st annual "Music Masters" at Playhouse Square's State Theatre in Cleveland.

Each year, the "Music Masters" series explores the legacy of one of those pioneering figures through a range of events that includes museum exhibits, lectures, films, a major conference and a tribute concert benefiting the Rock Hall's education department. Drawing together music experts, artists, fans and friends, these events aim to provide new perspectives on some of the most beloved and influential musicians of the past century.

The "Music Masters" series began in 1996 when the museum paid tribute to Woody Guthrie with a 10-day celebration of his life and legacy. Other honorees have included Aretha Franklin, Muddy Waters, Fats Domino and Dave Bartholomew, Janis Joplin and Jimmie Rodgers.