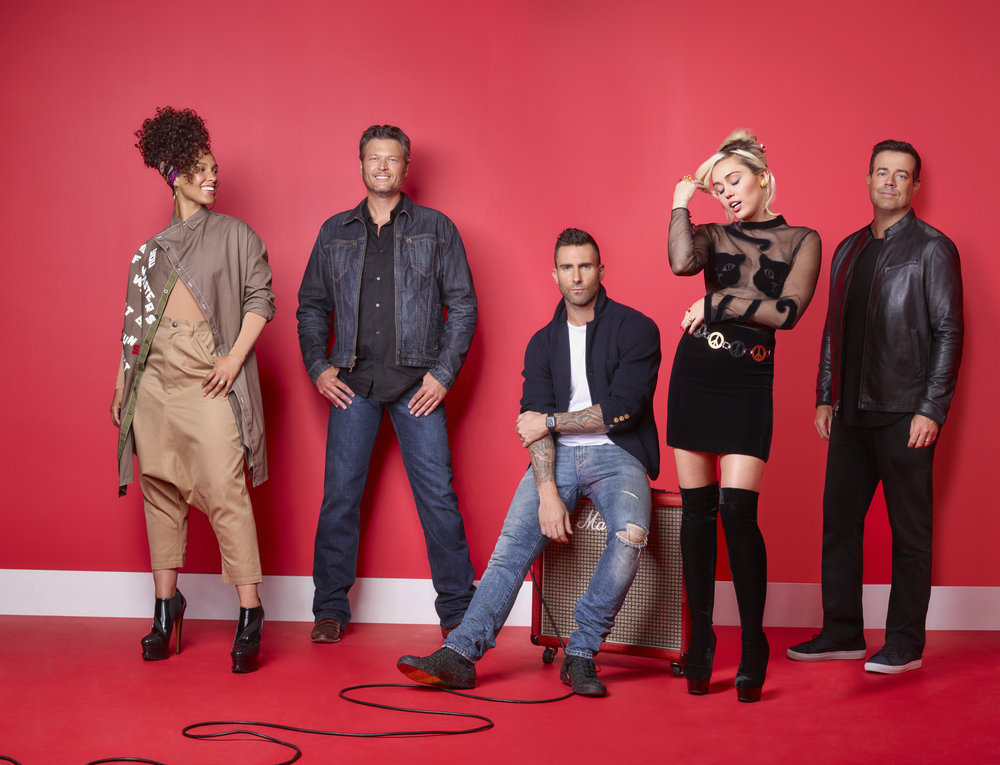 All-new 'Best of the Blinds' episode airs Tuesday at 8 p.m. on NBC

Coaches from NBC's three-time Emmy Award-winning musical competition series "The Voice" have each selected their 12-member teams that will advance to the "Battle Rounds" phase of the competition.

The "Battle Rounds" begin Monday, Oct. 10 (8-10 p.m. ET/PT), during which the coaches and celebrity advisers will work with their respective teams of performers and develop skill sets, offer advice and encouragement, and share secrets about their own personal success. This season, Miley Cyrus teams up with Joan Jett, Alicia Keys with Charlie Puth, Adam Levine with Sammy Hagar and Blake Shelton with Bette Midler.

During the "Battle Rounds," each coach will pit two of their own team members against one another and will perform the same song together in front of a studio audience. After the vocal battle, the coach must choose which of his/her artists will advance to the "Knockout Round," while the losing artist is available to be stolen by another coach. Each coach has two steals available during the "Battle Rounds."

Below is a breakdown of adviser and team pairings:

"The Voice" is off to a hot start so far this season, with its two premiere-week telecasts averaging a 3.3 rating in adults 18-49 and 12.2 million viewers overall in "live plus same day" results from Nielsen Media Research. Versus the prior cycle last spring, "The Voice" is up 3 percent in adults 18-49 (3.3 vs. 3.2) and a strong 26 percent in the elusive adult 18-34 category, indicative of this cycle's strength with millennial viewers.