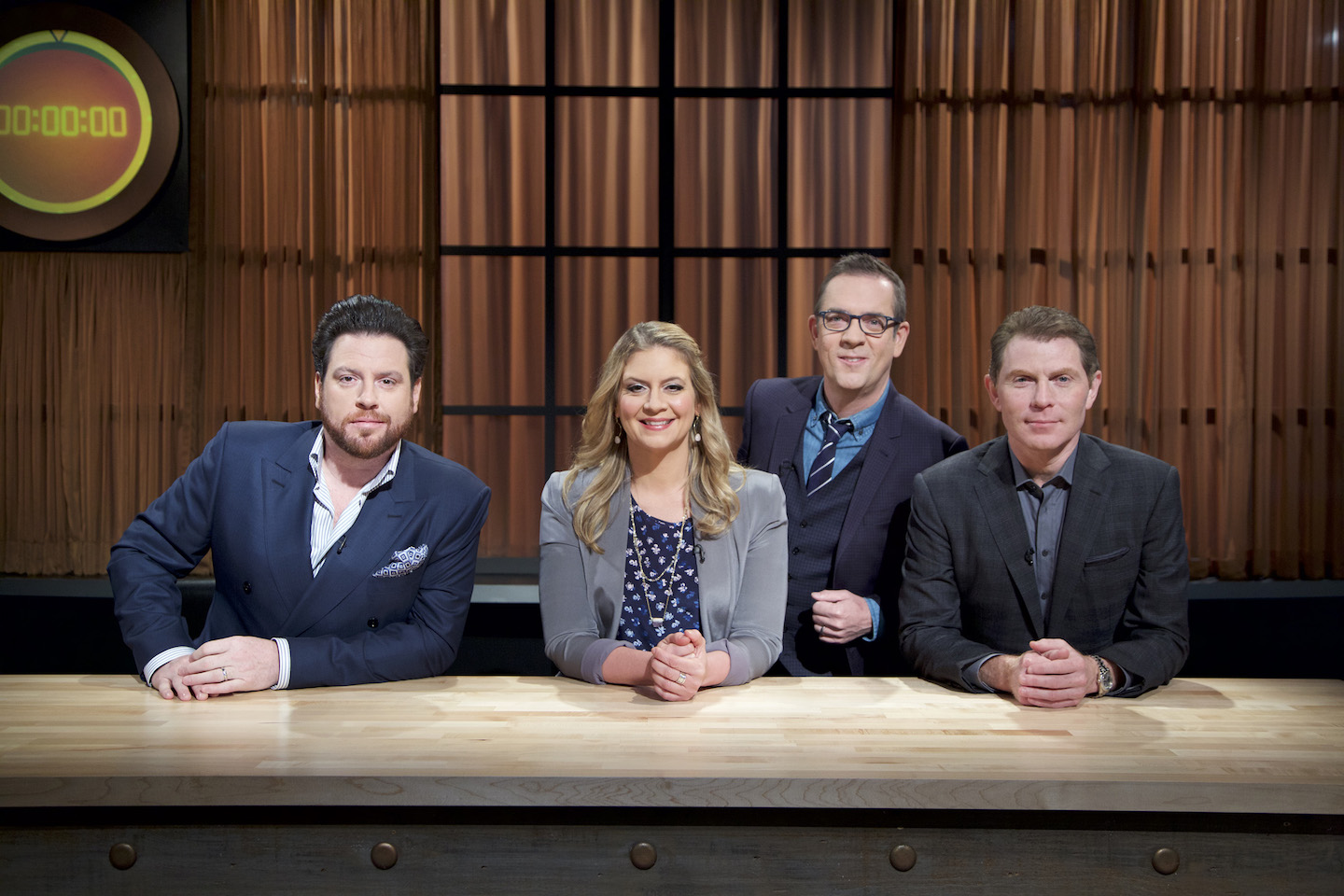 Two Food Network forces collide in one four-part tournament in "Chopped: Beat Bobby Flay," premiering Thursday, Oct. 20 (9 p.m. ET/PT). Twelve returning "Chopped" champions bring their bravado and culinary talent back to the kitchen, as they are tasked with making unforgettable meals from a basket of mystery ingredients over three rounds - appetizer, entrée and dessert - with a limited amount of time.

However, for the first time in "Chopped" history, Flay, a culinary icon and host of "Beat Bobby Flay," joins host Ted Allen and a rotating panel of judges through the three preliminary heats at the judging table, as each basket will feature a surprise ingredient selected by Flay himself to stump the returning champs.

The winner of each of the three heats will move on to a grand finale, as the final three chefs battle it out to see who will win $15,000, with the winner going up against Flay in a bonus round to earn an additional $25,000.

Get more insight on the "Chopped: Beat Bobby Flay" tournament, uncover photo and video highlights, relive top moments, and hear from the winning contenders. Join in on the conversation using #Chopped.