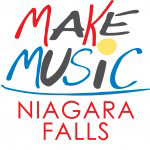 Arts Services Initiative of Western New York announced Buffalo and Niagara Falls will join cities across the country and around the world in this year's "Make Music Day" on June 21. This one-day, all-day musical holiday occurs yearly on the summer solstice.

Completely different from a typical musical festival, "Make Music Day" seeks to encourage all people, young and old, amateur or professional, to experience the pleasure of making music. Every kind of musician - of all musical persuasions - pours onto streets, parks, plazas and other public spaces to share their music with friends, neighbors and strangers. All of it is free and open to the public.

"Make Music Day" began in France in 1982 as the Fête de la Musique and has since spread to more than 700 cities across 120 countries.

Highlights of "Make Music Day" in Western New York include:

•Harmonica lesson "mass appeals," including a free harmonica for the first 50 in attendance per site, occurring at Lafayette Square in Buffalo and Green Island in Niagara Falls State Park;

•"Come Play in Marine A," a chance for any person or band to sign up for a half-hour session in the Marine A grain elevator at Silo City in Buffalo; and

•A local "Fête de la Musique" with the Alliance Française de Buffalo at the Colored Musicians Club in Buffalo.

Other events on "Make Music Day" are completely up to the public. A website (http://makemusicday.org/western-ny/) has been set up for performers to sign up if they want to play, and for venues to sign up if they want to host a performance. Performers of all skill levels and in all genres of music are encouraged, as are venues of all types from businesses to public buildings - especially outdoors. Registration is open until June 15. The website also lists times, details and registration for the mass appeals and "Come Play in Marine A."

"ASI believes that the arts are for everyone, so 'Make Music Day' is a perfect addition to our programming and to the Western New York community," Arts Services Initiative Executive Director Tod A. Kniazuk said. "With the participation of our local musicians and venues, it can also be a true communitywide event; folks in every part of the city can be part of the same celebration instead of it happening just in one or two neighborhoods."

" 'Make Music Day Buffalo' gives us a unique occasion to celebrate, inspire and applaud the diverse talents and musical creativity of residents throughout our city and region," City of Buffalo Mayor Byron Brown said. "I thank Arts Service Initiative of Western New York for its role in making this all-day celebration a reality as we continue to foster and promote Buffalo's strong arts and cultural communities."