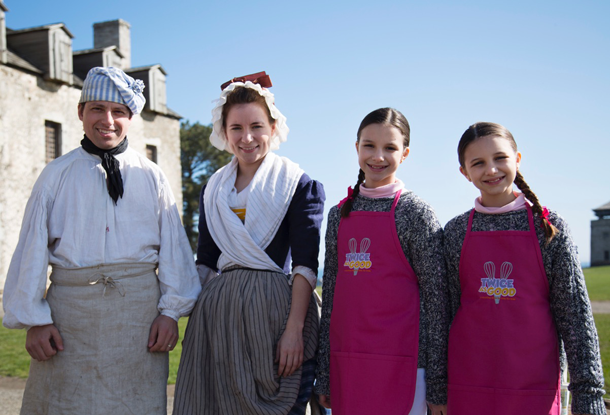 Old Fort Niagara recently hosted the "Twice as Good" cooking show for kids, which airs on PBS stations across the country. The show's production crew and hosts were visiting the Niagara Falls area to film an episode to air in early 2017 that focuses "on the foods and traditions of the Ontario and upstate NY regions," according to a May 4 Facebook post.

While at Old Fort Niagara, twin hosts Delaney and Hadley learned about 18th century foods prepared at the original French fort, feeding the soldiers, and baking bread, which they helped to knead. Brian McDonald, interpretive department assistant manager, and Suzannah Emerson, interpreter, both dressed in period clothes, demonstrated bread-making methods and shared the fort's food history with them.

One of Old Fort Niagara's regular programs, called "foodways," involves demonstrating cooking techniques and sharing ingredients from the fort's past. This includes French, British and American methods used during different timespans. These demos happen during school tours, special events and fundraisers throughout the year. 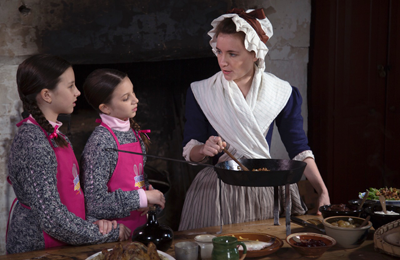 Emerson shares some frontier cooking tips with the girls.