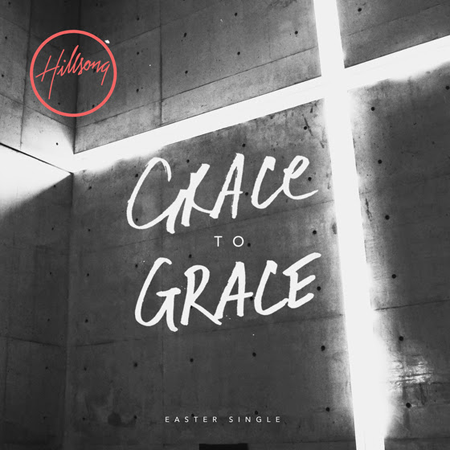 Debuting in time for the celebration of Easter, Hillsong Worship is unveiling "Grace To Grace," their newest single composed by Joel Houston and Chris Davenport. In support of the song, "Grace To Grace" is being released digitally to all accounts.

Hillsong Worship is the congregational expression of worship from Hillsong Church - a global church with local expressions. Their music captures the heart and sound of Hillsong Church globally and represents the coming together of the Hillsong worship team from around the world; including Reuben Morgan, Houston, Ben Fielding, Dave Ware, Annie Garratt and many more.

Since 1992, Hillsong Worship has resourced the local church and received gold and platinum album status multiple times, writing such well-known worship songs as "Shout To The Lord," "Hosanna" and "Mighty to Save," which was awarded the 2009 Dove for Worship Song of the Year. Their 2014 release of "No Other Name" was awarded the GMA Dove Award for Worship Album of the Year.

In August 1983, Brian and Bobbie Houston founded the Hills Christian Life Centre in the Hills District of Sydney, Australia. It has grown from a congregation of 45 to what is said to be the largest local church in Australian history. It has now expanded to be a global church with local expressions in significant cities, with churches in London, New York, Los Angeles, Paris, Cape Town, Stockholm, Germany, Kiev, Amsterdam, Copenhagen and Phoenix. Each week, tens of thousands of people across the globe call Hillsong Church "home" and the reach, impact and influence of this local congregation is seen across many nations.

Get connected with Hillsong Worship: