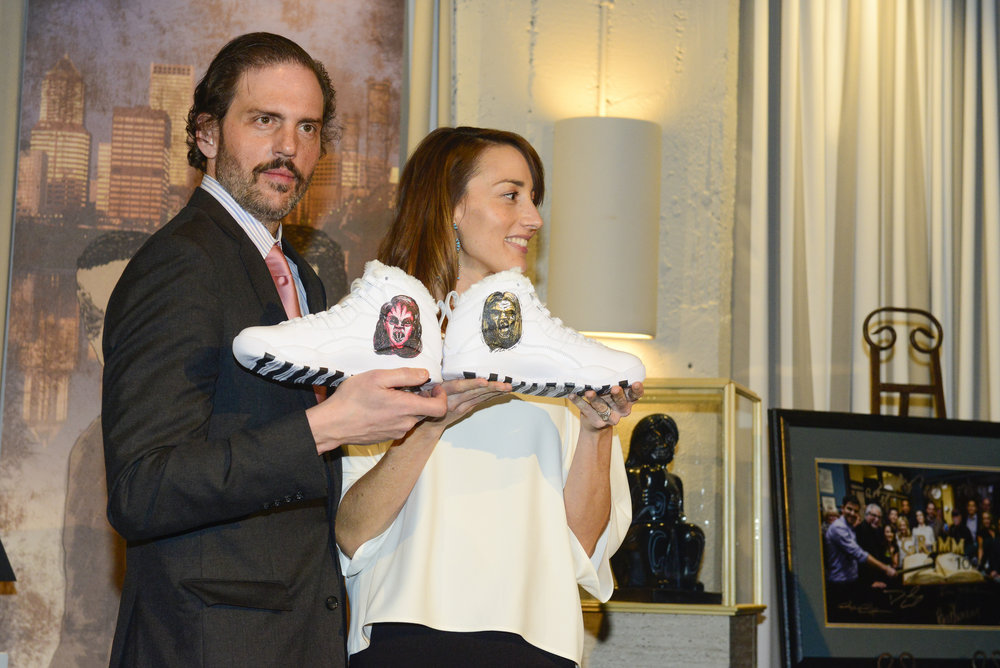 The "Grimmster Endowment" at OSHU Doernbecher Children's Hospital has grown by $386,000, due to the success of the "Grimm Gala," which took place Saturday, Feb. 13.

Presented by Comcast and NBCUniversal, the event was hosted by the cast and crew of NBC's hit drama "Grimm," which is set and filmed in Portland. All money raised through sponsorships, individual ticket sales, the special appeal, and auction at the sold-out event go to the endowment, which provides OHSU Doernbecher patients and their families support for uncompensated travel, lodging and other services integral to their care and comfort.

"The cast and I have so much fun with these amazing, brave and strong kids," said actor Sasha Roiz, who plays Capt. Sean Renard on "Grimm." He created the idea of the "Grimmster Endowment" and the gal. "The 'Grimm Gala' is a celebration of the Portland community. We are really engaged with this community, which always welcomed and supported us."

This is the second year Comcast and NBCUniversal have underwritten the costs for producing the "Grimm Gala."

Rodrigo Lopez, regional senior vice president of Comcast in Oregon and Southwest Washington, welcomed the gala attendees and spoke of the shared values of Comcast and the 350 cast and crew members of "Grimm."

"The 'Grimm Gala' exemplifies one of the things we all love most about Portland: We collaborate to benefit others," he said. "We're glad to have the opportunity to give back to our community through events like this."

Gala attendees bid furiously on "Grimm" merchandise designed specifically for the event by Nike's legendary shoe designer, Tinker Hatfield. The shoes, considered a collector's item, were autographed by Hatfield, basketball superstar Michael Jordan, and the cast of "Grimm," thus adding to their value.

Of the $386,000 total raised, $65,000 was raised using social media - an online auction through www.omaze.com. Prizes ranged from "Grimm" props to visits to the set with the cast to being transformed into a Wesen, a creature visible to the Grimms.

Further donations to the "Grimmster Endowment" can still be made by going to http://www.ohsu.edu/xd/about/dchf/fundraising/grimm-gala.cfm and clicking "Make A Gift."