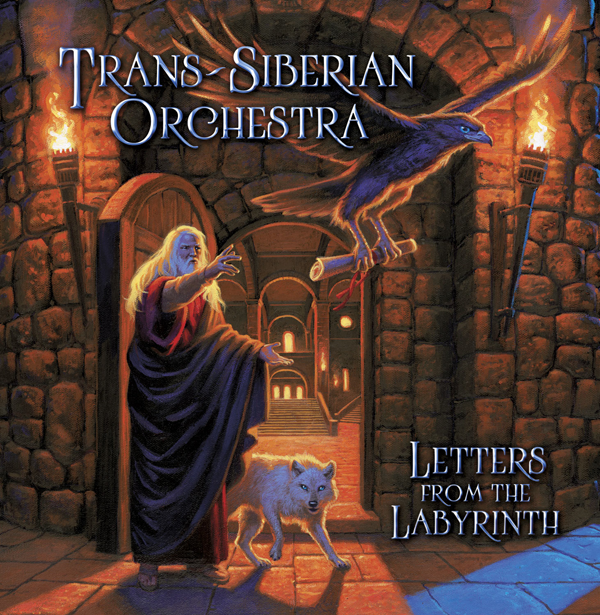 "Letters from the Labyrinth" lands at No. 7 on the Billboard Top 200 chart

"Letters from the Labyrinth" (Lava Records/Republic Records) - the new album from the critically acclaimed, multiplatinum-selling progressive rock group Trans-Siberian Orchestra - debuts at No. 1 on the Billboard rock album chart this week and No. 6 on the Billboard top albums. The album also charted at No. 7 on Billboard Top 200 chart.

Since its formation, TSO has been a touring juggernaut, leaving crowds of all ages speechless after being introduced to the wonder of the group's music and on-stage spectacle year after year. To date, TSO has played an excess of 1,600 shows for more than 12 million fans, cementing itself as one of the world's biggest rock arena acts.

TSO's Winter Tour 2015 kicked off on Nov. 18 and will hit 60 cities across North America with more than 100 shows before concluding Dec. 30. Based on the group's cherished Yuletide story "The Ghosts of Christmas Eve," the tour features such lasting crowd-pleasers as "Christmas Eve Sarajevo 12/24," "O' Come All Ye Faithful," "Good King Joy," "Christmas Canon," "Music Box Blues," "Promises To Keep" and "This Christmas Day." Each concert ticket sold online will come with a digital copy of "Letters From The Labyrinth."

As in all previous years, a portion of all ticket sales will go to benefit select national and local charities. To date, TSO has donated approximately $12 million to charities.