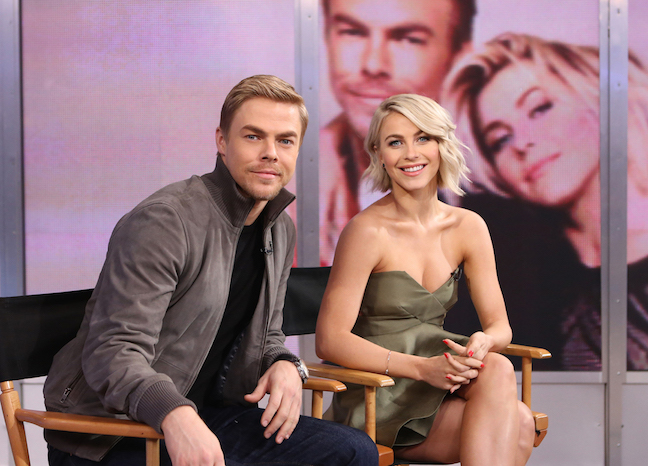 On the heels of their sold-out 2014 tour, superstar siblings Julianne and Derek Hough will team up once again, dancing their way across the Seneca Niagara Resort & Casino stage in their new "Move Live On Tour 2015." The pair stopped by "Good Morning America" to announce "Move Live On Tour 2015," which will head to Niagara Falls July 4.

The Houghs are promising "Move Live On Tour 2015" will be bigger and better than ever.

"We had such a fun and high-energy show last year," Julianne said. "It was amazing to see such a great reaction from our fans the first time, and we can't wait till they see what we have up our sleeves now! Our goal then, and our goal now, is to have it feel like a rock concert for dance, and I think we have and certainly will accomplish that again."

"Our fans haven't stopped asking when we would go back out on the road, so we are excited to be able to tell them that, because of their support and demand, we are headed out again to bring them a new and exciting show," Derek said. "We can't wait to see everyone on the road."

The show will feature a brand-new stage production to showcase the fresh, high-impact choreography spanning across a multitude of different dance styles. The Houghs will be joined by the Move Company Dancers in a fast-paced show featuring live vocal performances from both Julianne and Derek. Unique costumes and staging also will be on display

Tickets for all shows go on sale Friday at noon and are available at select Seneca Resort & Casino retail outlets, Ticketmaster.com, all Ticketmaster locations, or by phone at 800-745-3000.