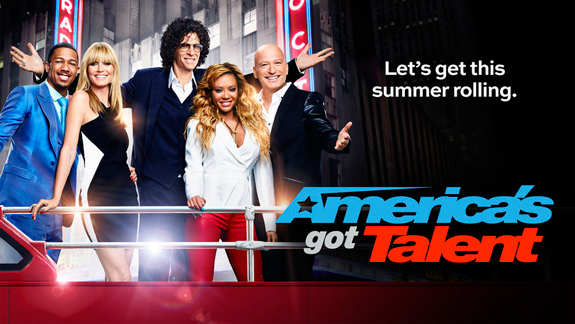 "I'm delighted that Howard, Howie, Heidi and Mel B are back to celebrate a decade of talent on 'AGT,' " said Trish Kinane, executive producer and president of entertainment, FremantleMedia North America. "They are dedicated to finding the best and most eccentric performers to put before viewers in a true celebration of the American Spirit."

Klum and Mel B return to the judging panel for their third season. Mandel and Stern return for their sixth and fourth seasons, respectively.

Open call auditions for season 10 of "America's Got Talent" will conclude at the Los Angeles Convention Center Feb. 14-15. Visit http://www.americasgottalentauditions.com/ for more information.

Last summer, "America's Got Talent" remained the No. 1 summer show in total viewers for the ninth consecutive year. For the first time in the show's history, America chose a magician as the winner: Rhode Island native Mat Franco, who went on to headline the "America's Got Talent Live" stage show in Las Vegas.

"AGT" is officially the most successful global TV format in history with 67 original versions across the world. The format airs in 193 territories globally. "America's Got Talent" began on NBC in 2006, and has launched the careers of Terry Fator, Lindsay Sterling and Jackie Evancho, among others.