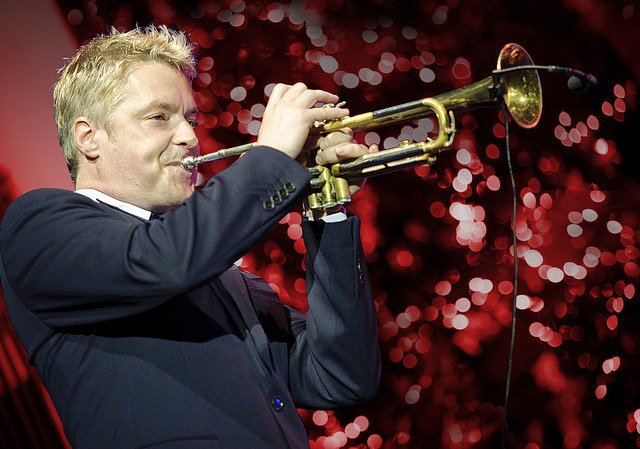 The Buffalo Philharmonic Orchestra's 2015-16 season celebrates the 75th anniversary of Kleinhans Music Hall, with major guest artists such as Lang Lang, Chris Botti and Andre Watts, and works showcasing the hall's exquisite acoustics, including the monumental Alpine Symphony by Strauss, Bruch's Scottish Fantasy, Beethoven's "Eroica" Symphony and Mahler's Symphony No. 5. Patrons will be able to enjoy it all in greater comfort, thanks to major upgrades planned to the hall.

The first event of the new season will be a gala and concert featuring Chinese pianist Lang Lang Wednesday, Sept. 16. Lang Lang is a piano superstar, earning legions of fans around the globe and major endorsement deals in addition to musical awards. He will join the BPO for a performance of Rachmaninoff's Piano Concerto No. 2 in an evening of works by Russian composers, with BPO Music Director JoAnn Falletta on the podium.

The BPO's annual gala, sponsored by the Louis P. Ciminelli Family Foundation, will take place that evening, and will include a pre-concert dinner catered by Oliver's, priority seating for gala guests, and a post-concert celebration with desserts and drinks.

Subscribers have the first chance at the best seats, as this special event is not part of any subscription series.

When the season opens, patrons will notice new seats have been installed throughout the hall. The seats were selected by architectural consultant Theodore Lownie and offer 21st-century comfort without compromising the stellar acoustics or appearance of the hall. They replace seats that were installed in 1968, many of which are broken beyond repair. There will be handrails installed in the balcony, wider balcony aisles and a wheelchair seating area on the main floor. The capacity of the hall will go from 2,800 to 2,400, providing a more intimate and comfortable experience.

The first two concerts of the M&T Bank Classics Series will celebrate the 150th anniversary of the birth of Jean Sibelius, Finland's best-known composer. Falletta will be on the podium for both. On Oct. 3 and 4, the orchestra will perform Sibelius' Symphony No. 5 on a program that also features Finnish pianist Juho Pohjonen performing Grieg's Piano Concerto in A minor, and a performance of Sebastian Fagerlund's "Isola." On Oct. 9 and 10, the BPO will perform Sibelius' Symphony No. 1, and explore the works of other Finnish composers who walked in Sibelius' footsteps. Violinist Elina Vahala will join the BPO for the U.S. premiere of Jaako Kuussisto's Violin Concerto; the orchestra also will perform Einojuhani Rautavaara's Symphony No. 1.

The 2015-16 M&T classics season at the BPO will be marked by large-scale masterworks and dynamic guest artists. Perhaps the most striking of these guest artists is ukulele virtuoso Jake Shimabukuro, who is known for his series of YouTube videos in which he performs music from varied genres on his ukulele, and for the acclaimed documentary "Life on Four Strings," which examines his attempt to transform the image of his instrument. Falletta was involved in the creation and orchestration of the piece he will play, Byron Yasui's Ukulele Concerto, which was written expressly for Shimabukuro and will receive its world premiere with the Hawaii Symphony under Falletta's baton in June.

Andre Watts has been a popular and respected pianist ever since the age of 16, when Leonard Bernstein first chose him to make his debut with the New York Philharmonic in their "Young People's Concerts," broadcast nationwide on CBS, and then, only two weeks later, asked him to substitute at the last minute for the ailing Glenn Gould in performances of Liszt's E-flat Concerto with the New York Philharmonic. He is frequently seen on PBS, has an extensive discography, and is a perennial audience favorite. He last performed with the BPO in 2009, and returns to play Beethoven's Piano Concerto No. 4 in a program that also includes Bartok's Concerto for Orchestra and Barber's Overture to "The School for Scandal."

Other guest artists include composer/pianist Conrad Tao, who will play John Adams' "Century Rolls"; versatile violinist Jennifer Koh performing Nielsen's Violin Concerto; 22-year-old Italian pianist Beatrice Rana, who will play Prokofiev's Piano Concerto No. 2; and German cellist Nicholas Altstaedt, who will play Elgar's Cello Concerto in B minor. Violinist Bella Hristova was heard on the Buffalo Chamber Music Society's "Gift to the Community" recital series in January 2014, and now makes her BPO debut with a performance of Bruch's "Scottish Fantasy." Pianist Eldar Nebolsin, who performed on the BPO's 2010 recording of Ernst von Dohnanyi´s Variations of Nursery Theme, will return to perform Mozart's Piano Concerto No. 27. Violinist Mayuko Kamio, who made her BPO debut in the summer of 2014, returns to play Mozart's Violin Concerto No. 5, "Turkish."

In celebration of the hall, often described as "acoustically perfect," many masterworks have been programmed to provide audiences with a live concert experience like no other. Among those on tap for next season are Elgar's "Enigma Variations"; Smetana's tone poem "The Moldau"; Shostakovich's Symphony No. 5 and Brahms' Symphonies No. 2 and 3. The Buffalo Philharmonic Chorus will join the BPO on two very different works: "Dona Nobis Pacem" by Ralph Vaughan Williams and selections from Gershwin's Porgy and Bess. The season concludes with a performance of Richard Strauss' Alpine Symphony, with a visual component by Tobias Melle titled "An Alpine Symphony in Images."

The BPO will record the works of Czech composer Vítězslav Novák for the international music label Naxos. Christened Viktor, Novák felt so strongly about his Czech heritage that he changed his first name in his late teens. Novák, who lived from 1870 to 1949, was influenced by Richard Strauss and by the folk music of Moravia and Slovakia. The BPO will perform his Overture to "Lady Godiva," "In the Tatra Mountains" and "Eternal Longing" for a disc that is expected in late 2016 or early 2017.

"We're doing many large-scale works, orchestra favorites and audience favorites," Falletta said of the coming season. "It's rare to have an opportunity to hear some of these works live, and thrilling to experience them in the spectacular acoustics of Kleinhans Music Hall. You can be inside the music at Kleinhans, and there's a wonderful freedom to the sound in the hall. Kleinhans' 75th birthday makes it a great year to celebrate."

The 2015-16 pops season is full of surprising and groundbreaking guest artists. Jason Alexander is best known for his portrayal of the shifty, luckless George Costanza on "Seinfeld." But before his long-running role on the show, he won a Tony Award for Best Actor in a Musical for his role in "Jerome Robbins' Broadway." Post-"Seinfeld," he continues to light up stages across the country. He joins the BPO Oct. 17 for an entertaining variety show.

Last fall, the rest of the world learned how wonderful Chris Botti is, thanks to his performance of the national anthem on "Monday Night Football." Buffalo's favorite jazz trumpeter returns to the BPO Feb. 13, just in time for Valentine's Day.

There is no musical act quite like Pink Martini. Described as more of a "little orchestra" than a band, this group brings together top musicians and fuses world music with jazz, classical music and traditional pop to create an unforgettable musical adventure. Pink Martini will make its BPO debut March 12.

On Halloween, the BPO will go Hollywood with a showing of Alfred Hitchcock's masterpiece of terror, "Psycho." Film composer Bernard Hermann wrote the powerful score to this movie, and the BPO will perform it live as the audience experiences "Psycho" on the big screen. Come in costume and stay afterward for Buffalo's most "spooktacular" Halloween party, complete with costume contests and more.

Cirque Mechanics is the brainchild of German Wheel artist Chris Lashua, and is an awe-inspiring blend of mechanical ingenuity, circus acrobatics and time-tested music, with a dash of humor for good measure. The show will be onstage April 9, and is a unique way to introduce children to classical music and the BPO.

Three fun-filled shows will take audiences back to the 1950s, 1960s and 1970s. On Sept. 26, "Mad Men" fans can get their musical fix by enjoying "Music of the 'Mad Men' Era," with Broadway and "30 Rock" star Cheyenne Jackson. On Nov. 14, the music of Simon and Garfunkel gets the BPO treatment as Vocalists A.J Swearingen and Jonathan Beedle re-create the harmonies of this beloved duo. On Feb. 27, Jim Curry joins the BPO in paying tribute to John Denver. Curry's voice was heard in the CBS movie "Take Me Home: The John Denver Story."

Eric Jordan Young is a graduate of Williamsville East High School and is on the district's Wall of Fame due to his success as an entertainer. He got his start performing at Artpark and doing public service announcements for WNED-TV, and has gone on to perform in leading Broadway shows "Seussical The Musical" and "Ragtime," and in his own Las Vegas show. He has long had an admiration for Sammy Davis Jr. and, in 2006, he presented the world premiere of his one-man musical "Sammy and Me" at MusicalFare. He returns to the community where he grew up to present "Celebrating Sammy: Broadway to Vegas" April 30.

Vocal powerhouse Dee Daniels has enjoyed a varied international career and has performed with some of the greatest legends of jazz and R&B. Digging further into the roots of American music, she pays tribute to the "great ladies of swing," including Sarah Vaughan, Ella Fitzgerald, Billie Holiday and Peggy Lee Jan. 23.

The BPO's holiday concerts have become a tradition for many Western New Yorkers, and this season will offer musical delights from the dawn of the classical tradition to the modern day. On Dec. 11 and 12, Falletta will be on the podium to share her favorite holiday pieces with the audience. The program is slated to include Ralph Vaughan Williams' arrangement of "Greensleeves," Mendelssohn's "The Birthday of Christ" and Bizet's "Farandole," among many others. The biggest weekend of the year will take place Dec. 18-20, as the Buffalo Philharmonic Chorus joins the BPO for BlueCross BlueShield Holiday Pops, the region's most beloved holiday tradition.

The BPO's three-concert "Know The Score" series has grown in popularity among those seeking to learn more about classical music. The series delves into the story behind the music through multimedia presentations. BPO Associate Conductor Stefan Sanders will be on the podium for all three concerts. Next season, through a grant from the National Endowment for Humanities' Music Unwound consortium, the series will kick off Oct. 16 with "Copland in Mexico." The concert will explore how Mexican music influenced Aaron Copland, and how he, in turn, influenced a generation of Mexican composers.

On Jan. 22, the BPO will explore how jazz influenced orchestral music. In recent years, the BPO has recorded the symphonic works of Duke Ellington and George Gershwin, and has worked with the American Composers Orchestra and Jazz Composers Orchestral Institute to offer workshops to emerging composers. The BPO gives the audience a guided tour of the place where jazz and classical meet in this engaging concert.

When Gustav Holst wrote "The Planets," Pluto had yet to be discovered, let alone demoted as one of the nine planets of our solar system. Since the landmark public debut of the piece in 1919, humanity has learned much about our celestial neighborhood, mounting ambitious exploration projects such as the Mars Rover, the Voyager probe and the Hubble telescope. On April 29, visuals from the Adler Planetarium in Chicago will complement Holst's groundbreaking music to give audiences a look at its place in the cosmos.

Patrons who subscribe save substantially on handling fees, lock in their seats early and get the first chance to add other concerts to their package before the general public. With Western New York's most flexible ticket exchange policy, your tickets can change when your schedule does.

Single tickets will go on sale for all events Aug. 8.

This year, subscribers who renew by March 15 and pay with cash or check will be able to keep the same price as the previous year. Subscription packages range from as few as five concerts, to full seasons of pops or classics. To subscribe, call 716-885-5000 or visit bpo.org.