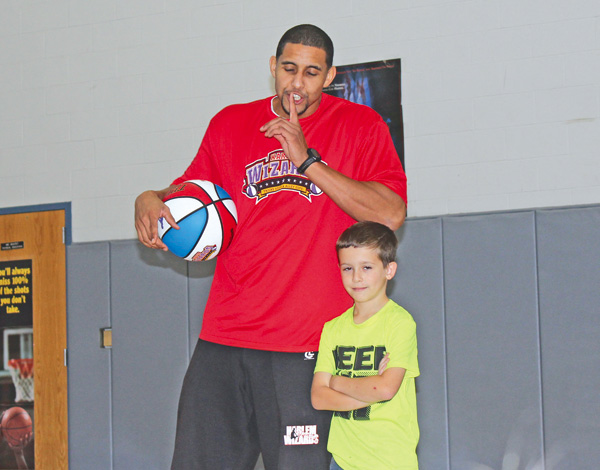 Elementary school-age children in the Niagara-Wheatfield Central School District recently enjoyed the basketball magic of David Paul, or "DP" as his teammates call him, of the Harlem Wizards. DP entertained students and staff at Colonial Village Elementary School, Tuscarora Indian School and West Street School with comedy and his moves, and assisted some students in learning some new skills.

West Street Principal Theron Mong also warmed up the students with his own basketball style.

Mong was one of several staff members who competed against the Harlem Wizards in a fundraiser at the high school later that night. His team lost soundly in front of a standing-room-only crowd, but raised a lot of money for the district's athletics department.