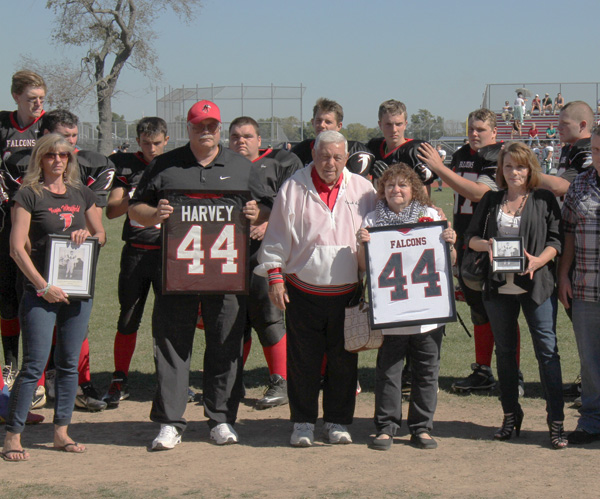 During a football game on Oct. 23, 1969, Harvey sustained a broken neck and became a quadriplegic. After his injury, he continued to attend sporting events at Niagara-Wheatfield and coached 10- to 13-year-old boys in the Tyro Football League. Harvey died April 13, 1996, at age 44.

In his memory, on what would have been Harvey's 62nd birthday, the recently renovated football facility has been renamed Terry Harvey Field.