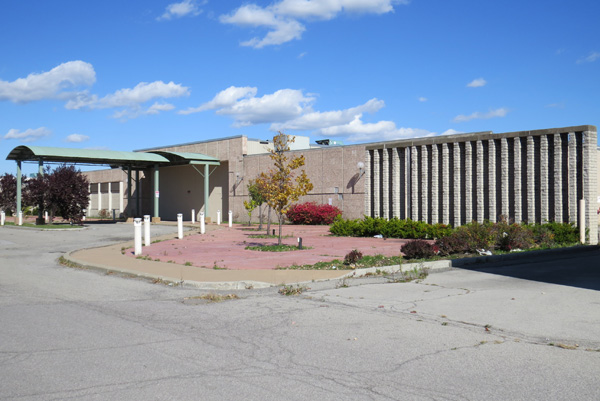 Progress made on Summit Mall project

A Canadian developer addressed the Niagara County Industrial Development Agency board of directors Wednesday morning to request assistance in the revitalization and repurposing of the former Summit Park Mall.

The mall was built in 1972, was mostly vacant by the late '90s and went through several owners before Zoran Cocov, president of the Summit Outlets LP, bought it earlier this year. He plans to convert it into a "multiuse tourist destination."

Cocov said reports indicated the area could not support another mall, so he would not be competing with the Fashion Outlet. Instead, he plans to go a different route.

No tenants have been confirmed yet, though some possibilities were mentioned, including a possible wine-tasting outlet, pharmacy, farmers market and a business incubator program with Niagara County Community College.

"It's not specific because as we test ideas, the final uses may change as well," he said.

One of the challenges Summit Outlets faces is repairing structural damage to the building. Cocov reported that there was more damage to the infrastructure than he originally expected, due to vandalism and burglary. Last January, the mall was flooded with up to 6 inches of water, which county police believed to be an act of vandalism. More recently, Cocov said, a number of copper and electrical wires were stolen from the building. It is now completely without power, save for the three stores still operating at the location (The Bon-Ton, Sears and Save-A-Lot).

The projected cost of the project is just under $17.5 million, most of which will be spent on construction and renovation. Summit Outlets estimates 34 new jobs will be created for Niagara County residents, plus 157 construction jobs. Those figures do not include employment to be done by individual vendors.

Summit Outlets estimates the state and regional tax benefits from the project, figured over 15 years, will be just $1 million.

The board unanimously voted to move forward in the process of hearing the plan, and will announce a public hearing at a later date. A final decision will be made next month.

"I think in and of itself, if someone's going to rebuild that structure, they've earned the inducement," said Chairman Henry Sloma.