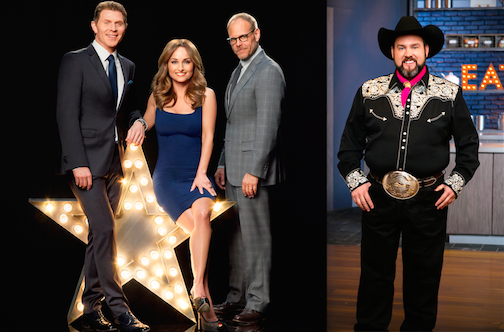 The tenth season of long-running hit series "Food Network Star" concluded Sunday night with a viewer vote naming Lenny McNab of De Beque, Colorado, the winner of the grand prize: His own show on Food Network. Lenny's unique gourmet cowboy take on classic American dishes, down-home charm and quirky sense of humor distinguished him with the judges and audience over the 11-episode season, which kicked off June 1.

"Lenny's magnetic personality, culinary chops and cowboy swagger made him stand out in this very talented crowd from the beginning," said Bob Tuschman, general manager and senior vice president at Food Network. "Lenny has a true passion for great food and the great outdoors, and we look forward to adding his unique voice to Food Network."

Lenny is a one-of-a-kind gourmet cowboy currently residing in Colorado. His over-the-top confidence and charm are only matched by his culinary skills. He trained in Germany and is now executive chef at Kessler Canyon Ranch, a hunting ranch in the foothills of the Rockies. When he hangs up his apron, he is known to put on his rhinestone jacket and strap on his guitar to perform for the evening at the local honky tonk. With his signature hat, belt buckle and boots, you can't miss Lenny in a crowd - and he is ready to bring his unique take on food to the rest of the country.