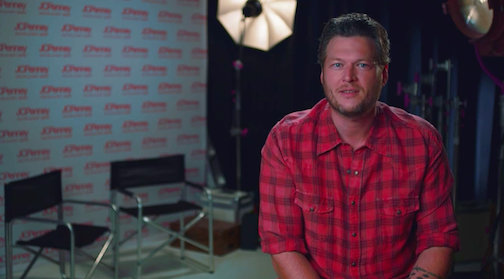 J.C. Penney Co. is sponsoring of country music star Blake Shelton's 2014 "Ten Times Crazier" tour, which visited Darien Lake last Saturday. As part of the sponsorship, JCPenney is building on its partnership with Shelton, a "JCPenney Cares Ambassador" since 2012, to raise awareness and support for America's troops and military families through donations to the United Service Organizations (USO).

As a "JCPenney Cares Ambassador," Shelton has been integral in drumming up support for the retailer's "round up" efforts supporting the USO. In July 2012 and December 2013, JCPenney customers were invited to round up their JCPenney purchases to the nearest dollar to support the USO. With help from its customers, JCPenney has been able to raise more than $5 million for the USO.

"JCPenney has a long-standing relationship with the USO, and we're thrilled to continue to work with Blake to show our combined passion and dedication to our incredible military men, women and their families," said Debra Berman, senior vice president of marketing for JCPenney.

Through Oct. 5, during the "Ten Times Crazier" tour, JCPenney and Shelton aim to raise awareness and funds though a tweet-to-donate social media campaign inviting shoppers and fans to use #JCPandBlake4USO and tag @JCPenney in their social media posts. For every post, JCPenney will donate $1 to the USO, up to $200,000.

JCPenney is promoting the campaign with a PSA video featuring Shelton that airs before each concert.

"Our troops are out there every single day protecting our country, and I'm proud to do my part with JCPenney to support and salute them for everything they do," Shelton said. "I'm just blown away by their spirit, determination and loyalty to our country, and this is just one way to say thank you to them."

J. C. Penney Co., one of the nation's largest apparel and home furnishing retailers, is dedicated to fitting the diversity of America with unparalleled style, quality and value. Across approximately 1,100 stores and at jcpenney.com, customers will discover a broad assortment of national, private and exclusive brands to fit all shapes, sizes, colors and wallets. For more information, visitjcpenney.com.

The USO lifts the spirits of America's troops and their families millions of times each year at hundreds of places worldwide. It provides a touch of home through centers at airports and military bases in the U.S. and abroad, top-quality entertainment and innovative programs and services. The USO also provides critical support to those who need it most, including forward-deployed troops, military families, wounded warriors, troops in transition and families of the fallen.

The USO is a private, non-profit organization, not a government agency. Its programs and services are made possible by the American people, support from corporate partners, and the dedication of volunteers and staff.

To join us in this important mission, and to learn more about the USO, please visit uso.org.