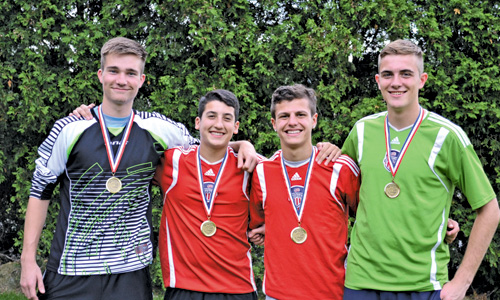 They recently competed in the "Final Four" soccer competition in Cortland, except for Ross, who was unable to compete due to injury, but will be competing in the regional competition. Calkins had two consecutive shutouts, clinching the state cup win for the U15 Empire Revolution before the final game was even played.

The regional competition starts with opening ceremonies on June 26, where the boys will take part in the parade. Games begin on June 27 and winning teams advance to nationals in Maryland. A link to the website with competition information ishttp://championships.usyouthsoccer.org/regionI/.