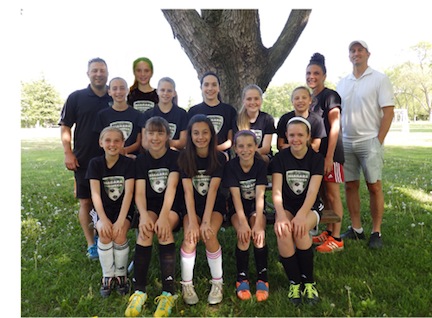 The Niagara Pioneer Soccer League Blaze U12 girls team won the 2014 Winter B-Under 12 Girls Division at Sportsplex in Tonawanda. The players capped off an undefeated season by beating the Northtowns Reign, 5-1, in the championship game.

The NPSL Blaze finished the season with 46 goals, while only allowing four goals against.