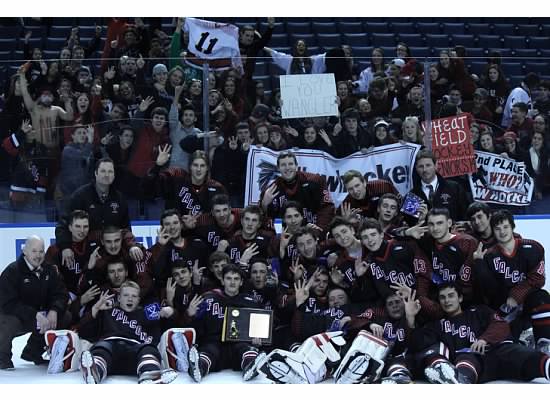 The N-W Falcons hockey team won the WNY Section VI championship for the third year in a row on Feb. 24. The team is shown at the First Niagara Center after its 3-2 win against Williamsville North.

In the state quarterfinals, the Falcons fell 4-3 to Ithaca.