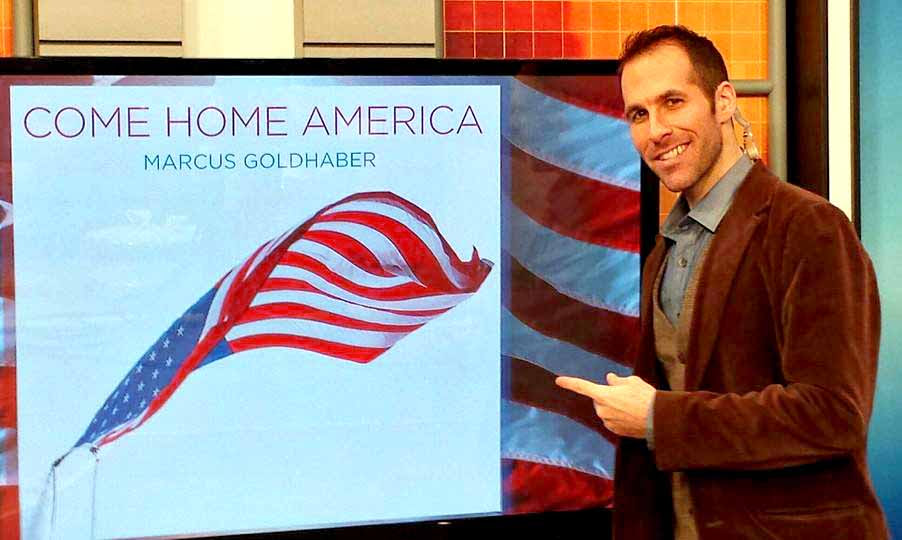 The sold-out Super Bowl event, a rematch between hip-hop singer Nelly and NFL alum Doug Flutie, will be held Saturday at 2 p.m. on an active armory base at the Soccer Coliseum in Teaneck, N.J. All ticket sales benefit military families on the base. Goldhaber will join more than 20 athletes and celebrities, including boxing legend Evander Holyfield, rapper 2Chainz, and stars from a dozen NFL teams.

Goldhaber - currently marking his one-year anniversary featured in the off-Broadway hit "The Wonderful Wizard of Song: The Music of Harold Arlen" - will kick-off the festivities with his live performance debut of "Come Home America," which honors troops and supports veterans abroad.

Released on Veterans Day, "Come Home America" (Fallen Apple Records) is Goldhaber's ode to this nation's 2 million service members across the globe, as well as the 24 million veterans back home, both embraced and discarded. The mission is simple: to benefit the needs of this new generation of returning veterans, while improving and strengthening the dialogue between civilians and military families for years to come.

Produced and arranged in Nashville by Cliff Goldmacher (Ke$ha) with the stylish accessibility that has earned Goldhaber high praise from People Magazine to Jazz Times as a recording artist and fixture on Manhattan's jazz-cabaret circuit, "Come Home America" is the centerpiece of the "2014 Come Home America Concert Tour," set to launch in the spring. The tour, starring Goldhaber and the "Come Home America" Band, will be hitting stride in concert halls, stadiums, military bases and parades around the world - all while continuing to benefit IAVA.

"Much of this comes down to education and the absence of a continuing dialogue between civilians and military families," Goldhaber said. "I have a strong wish to bridge this gap so that we can all feel more connected to each other."

Goldhaber was careful to construct a broad, sweeping melody and rousing chorus that "you want to wrap people in like a blanket," to help transmit his message in an inclusive and accessible way. By countering his vocals with restrained nuance, Goldhaber was able to marry the intimate approach more natural to his style with the expansive message of "Come Home America."

"Come Home America" on the Web: