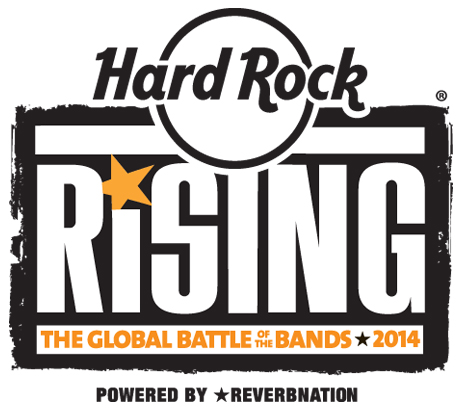 Hard Rock is on the search for rising rock stars to take the stage in the heart of the Roman Empire. "Hard Rock Rising," the world's largest and most far-reaching battle of the bands competition, will give one local band the chance of a lifetime: an all-expenses paid trip to Rome, Italy, to perform at the first "Hard Rock Live Rome" music festival this summer.

The selected runner-up bands will each receive new music equipment and gear valued at $10,000.

Hard Rock, in partnership with the online musician community ReverbNation, is hosting open registration for bands wishing to participate in the global battle now through Friday, Jan. 27. The combination of Hard Rock's iconic brand and ReverbNation's extensive network of more than 3.3 million artists in 250 countries worldwide will provide undiscovered bands with an international stage to jumpstart their careers.

"Hard Rock is committed to discovering new musical talent and supporting the emerging artists of tomorrow through the 'Hard Rock Rising' program," said John Galloway, vice president and chief marketing officer for Hard Rock International. "Over the past two years, more than 24,000 artists entered to compete in 'Hard Rock Rising,' where more than 1 million songs from these up-and-coming artists were downloaded by fans. We're honored to welcome these artists to Hard Rock's global stage, and look forward to discovering more talent in 2014."

"Like Hard Rock, we believe that great music should be heard," said Mike Doernberg, CEO and co-founder of ReverbNation. "In everything we do, we work to expose our community of undiscovered and largely independent musicians to opportunities to get heard, get discovered, and find new fans. The 'Hard Rock Rising' program continues to be the perfect execution of our mission."

Rising to the Occasion - The Road to Rome

To register, hopeful bands can visit one of 81 participating Hard Rock Café Facebook pages. Following open registration, fans decide who moves on to the live performance phase of the program by voting on the Hard Rock city-specific Facebook page and downloading free tracks from bands of their choice. Bands that are not within a 100-mile radius of a Hard Rock Café can enter into a virtual battle online where a panel of judges will review the band's social content to determine the top five bands that will compete against the winning bands from participating cafes.

After voting online, fans are encouraged to visit a participating cafe where they can "triple their vote" by using a custom barcode at the cafe's host stand. Upon "check-in" at the cafe, guests who are 21 and older are automatically entered into a sweepstakes to win a trip for two to the all-inclusive Hard Rock Hotel in Cancun, Mexico. For full rules and a list of participating locations, visit www.hardrock.com.

After fan favorites are chosen, participating Hard Rock locations around the world will host a series of live competitions featuring the local bands. One winner will be selected from each location by a panel of local industry judges. Selected local winners will be narrowed down to the top 25 bands worldwide following a second round of fan voting on participating Hard Rock Facebook pages. Once the top 25 finalists are determined, a panel of music industry professionals will help select the grand prizewinner and two runner-up bands. The judges include: Steven Van Zandt, producer, songwriter, creator of the world's most successful radio rock show "Little Steven's Underground Garage," founding member of the E Street Band and soon to be Rock and Roll Hall of Fame inductee; singer and hit songwriter Bonnie McKee, known for her hit single "American Girl," as well as hit songs for Katy Perry, Ke$ha, and Britney Spears; Laura Taylor of Everybody's Management, who currently works with Laura Marling and Mumford & Sons; Scott Hutchison of acclaimed indie band Frightened Rabbit; Stone, guitarist of Taiwanese band Mayday; and Hard Rock Records' artist relations executives James Buell and Blake Smith.

Rock Out in Rome

"Hard Rock Live Rome" is a free outdoor music festival that will take place July 12 in the Piazza del Popolo, in the heart of the Roman Empire - just a stones-throw away from the Spanish Steps and the Roman Coliseum. This unique and historic musical event will embrace more than 50,000 fans from across Italy and give music lovers the opportunity to experience the first-ever "Hard Rock Live Rome" festival. Winners of "Hard Rock Rising" will be flown to Italy and receive the ultimate rock star experience: the chance to visit the historic city of Rome and open up the main stage festivities.

Visitwww.hardrock.com for details on event dates and times, and stop by a Hard Rock Café location nearby to witness local bands battle for the opportunity of a lifetime.

Hudson was chosen as this year's recipient in recognition of her work with the Julian D. King Gift Foundation, an organization she formed in 2009 with her sister, Julia Hudson, in honor of their nephew, Julian King. The foundation works to provide stability and positive experiences for children of all backgrounds so that they may grow to become productive, confident and happy adults, able to be positive influences on their communities.

"Thank you for honoring me with the 'Favorite Humanitarian Award.' My sister, Julia, and I were raised with the belief that helping others was always very important. I am so grateful that the People's Choice Awards and Walgreens have come together in the same spirit. This spotlight will provide us with the opportunity to share all the amazing work being done by the Julian D. King Gift Foundation for children in the City of Chicago and around the United States," Hudson said.

Walgreens, the official retail sponsor of the People's Choice Awards, is once again presenting the award for "Favorite Humanitarian" in conjunction with the company's purpose to help people get, stay and live well. In recognition of Hudson's contributions that positively impact the community, Walgreens will donate $100,000 to the Julian D. King Foundation. Also, starting tomorrow evening, consumers can help increase the donation amount by up to an additional $100,000 by clicking the People's Choice Awards icon within the Walgreens mobile app.