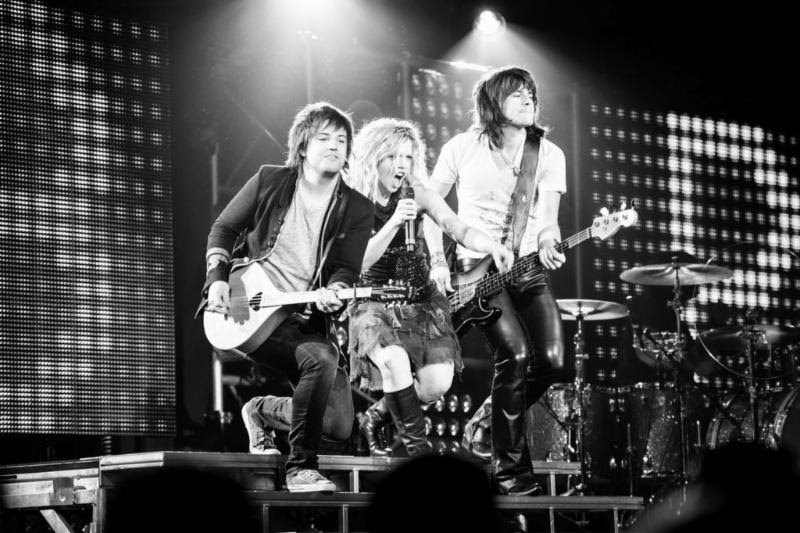 After a short holiday break, one of the hardest working groups in music today, The Band Perry, will pick up where they left off at the end of 2013. Days into the new year, the award-winning sibling trio will kick off the North American leg of their first headlining tour - "We Are Pioneers World Tour" - this Thursday, Jan. 9, in Penticton, B.C., at the South Okanagan Events Centre, and will continue well into the spring.

For their first-ever headlining arena tour, the band will unveil a brand new production, including top-notch stage and lighting design and a vamped-up set list. The show will be bigger and more dynamic than anything previously seen from The Band Perry.

The Band Perry wound down the European leg of the tour in early December, and fans and critics were equally blown away by their explosive performances. The UK's influential Renowned For Sound hailed, "The band masterfully blended the rock and country sounds that they were raised upon with pinpoint precision. The band's rock features didn't end with their music, but were also quite rocky in their performance, with Kimberly, Reid and Neil all taking complete control of the stage and whipping the audience up into an utter frenzy."

The Band Perry were recently hailed in the Top Inspirational Stories of 2013 in their home state of Mississippi by the Biloxi Sun Herald, sharing the spotlight with folks such as "Good Morning America's" Robin Roberts; Sarah Thomas, who is set to be the first permanent female NFL official; and record-breaking long-jumper Brittany Reese. They were also named one of the hardest working acts (and only country band) across all musical genres by Songkick.com, one of the world's most comprehensive databases of concerts and tours. The superstar-sibling trio performed 126 shows to hundreds of thousands of fans around the world in 2013, earning them the honor.

A full list of tour dates can be found below.

The Band Perry has ascended to dizzying heights since releasing their self-titled debut album on Republic Nashville in 2010, which scored the sibling trio a string of hits, including the quadruple-platinum "If I Die Young" (No. 1 on Billboard's country and AC charts); platinum "You Lie" and gold "All Your Life" (No. 1 country). Fronted by Kimberly Perry and rounded out by her younger brothers Neil and Reid, the band has amassed more than 10.3 million tracks sold from their platinum debut and gold sophomore release "Pioneer," which debuted at No. 1 on the Billboard Country Albums Chart and No. 2 All Genre. In addition to acclaim from top critics across the country, "Pioneer" has produced two consecutive No. 1 country smashes: the platinum "Better Dig Two" and gold "DONE.," which earned Neil and Reid their first chart-topper as songwriters. Their current single, "Don't Let Me Be Lonely," is in the Top 5 and still climbing at country radio.