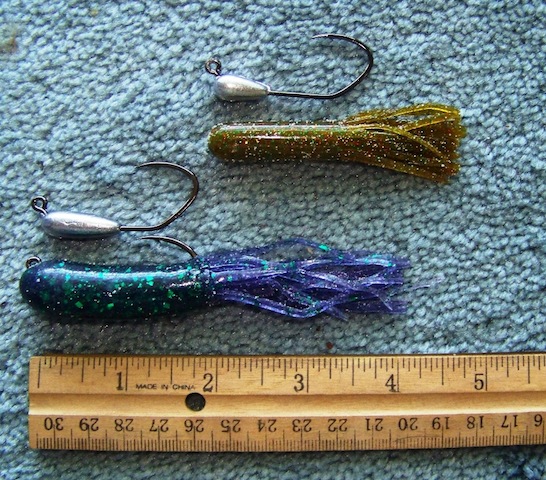 Bass season closes on Nov. 30. I am talking about smallmouth bass here; we also have largemouth bass, but the "smallies" are most sought after by our local population of fishermen. Yes, largemouth are just as tasty and just as much fun to catch. Wilson Harbor gave up a 6-1/2 pound largemouth specimen last year.

The guys who are able to fish out of the Buffalo harbor on Lake Erie have been taking their limits of huge smallmouth since opening day, Saturday, June 3, and all summer, fishing the reefs. They use everything but the kitchen sink to latch on to those fighting warriors of the deep. Live bait, dead bait, no bait - it doesn't make any difference. The challenge has been to catch a daily legal limit of five, which in most cases would range from 3 pounds and up, and that would be considered big smallmouth bass!

I know some will criticize me, but of all the freshwater fish, I hold bass as second to none - from fishing action right up to the frying pan and on my plate.

Those who fish closer to home, the upper Niagara, lower Niagara, and the bar at Fort Niagara out to the green buoy, can brag that there aren't many days when you can't get on the water and not bring home a limit. Even those trolling with hard baits along the Lake Ontario shoreline extending from the Niagara River as far as Wilson are having good results.

I asked a diehard salmon/trout fisherman who was having a lull in salmon/trout and had just recently turned his efforts to bass fishing, using lighter lines and smaller bait, which fish was more fun to catch: a bass or a salmon on heavy line and off a downrigger? The answer was bass fishing off much lighter line. When you latch on to a bass, you never know what it is going to do. It will dive and dig deep, or all of a sudden change course - making you think he got away - all the while swimming to the surface. Then, all of a sudden, 15-20 feet away, it'll burst out of the water all the while you are rushing to reel in the slack line so he doesn't get away.

Sometimes when you least expect it, the lure will come loose from the fish when he is jumping and you pulling. The lure will come flying back to you like it was on a rubber band. You had better duck.

My summer fishing has been fun with the bass cooperating anytime I got out with my son and grandson. I got my ears pinned back thinking I was going to use live bait and have an advantage on them because they were using artificial, soft plastic baits called "tube-jigs."

Truthfully, I have always been a live bait man and always believed in it, seldom using artificial. I've always liked the feel of a fish grabbing on my bait and me setting the hook at the right time.

This time out, I said to myself, "When in Rome, do what the Romans do and use artificial bait just like they do."

I learned that the last time out, when I got skunked using live bait and they caught all the fish. I always have live bait with me, just in case for backup.

So this time we went out, the first thing I picked up was a tube-jig, which is an artificial, hollow-soft plastic bait around 4 inches long with little wiggly tails molded at the business end, just like they were using.

The crawfish color bait was hot that day, but after experimenting with different colors by grandson, Jesse, it seemed any color would work with him testing different ones. We started the day out going to the Johnson Drift, a slow drift along shore just north of the Peggy's Eddy drift, which is just north of Joseph Davis State Park.

After Capt. Dan got the boat positioned and moving in 17 to 20 feet of water, the first cry out was "I got one" and that was by the captain of our ship. I'm glad I taught him so well when he was young on how to fish.

Ha! He has surpassed me, and anything I could ever teach him in his younger days. He is now teaching his new methods to me and anyone else who fishes with him. Back then, we never had baits like the tube-jigs we are using today.

Sixteen-year-old Jesse got an itch, and was nagging to go out to the bar in front of Fort Niagara to fish there. He wanted to catch bigger bass. After about an hour of putting him off, we had nearly a boat limit, which is five per person, and off we went out to the bar. Once again, the captain maneuvered the boat around to get the right drift, and within minutes the first fish was landed. I don't want to name the person who got the biggest smallmouth bass of the day, but if you look at the top of this story, and look at the author's name, you'll know. Yes it was caught at the bar just like Jesse figured; that's where the big ones were.

You don't need an engineering degree to fish with tube-jig bait. It isn't difficult; just use a simple method. I use a 6-1/2 foot, fast action tip Fenwick graphite rod, with 6-pound test monofilament line on my spinning reel. Kind of a light outfit for most people, but I think that is where the thrill is, and using light equipment increases the thrill. Try catching a 3-pound jumping bass on that outfit and you have your hands full.

Of course, if I were just fishing for food, I wouldn't be fooling around with that light equipment. Our captain is outfitted with a 7-1/2 foot bass rod and bass-casting reel with the new thinner, but heavier pound test Fluorocarbon line. That has to be the new modern way to fish I guess.

If you're fishing one of these tube-jigs for bass or even walleye, you should make sure you are fishing bottom, letting enough line out to be sure. Even shore fishermen use this method by casting out. Make sure you are on bottom, then reel in slowly, all the while doing what the name implies, jig it.

Boat fishermen need to do the same. While drifting, reel in slowly, jig the lure or twitch it just enough to make that bass think the "thing" is alive down there, all the while cranking in the line slowly. Those little tails on the business end will flutter and that would excite any fish into biting, making it think it heard the "ding-ding" of the dinner bell.

When you buy the tubes, make sure they are scented, don't buy them if they are not. I had one that was used for so long, my fishing went dead until I gave it a lick and discovered the taste and scent was gone. Changed the tube and within five minutes I was hollering, "Got one!" Everything was caught using tube-jigs that day.

We all know some days, fish just don't cooperate, and that is when you need to change methods and bait. But for now, learn how to fish with those tube-jigs

Any day now, king salmon will start showing up in the lower river. The early runners are probably looking for places to spawn, and then take a swim out to tell the others it's a good place to spawn. I call them the early scouts. The late September run will be heavy this year. Shore fishermen always are first to catch early-run (August) kings.