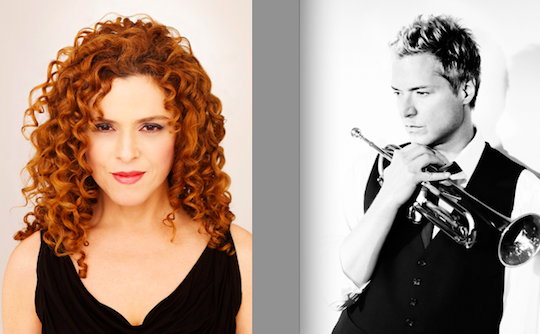 On Aug. 10, single tickets will go on sale for all Buffalo Philharmonic performances in the 2013-14 season, including the highly anticipated season opening gala with Yo-Yo Ma.

Yo-Yo Ma ushers in the season on Wednesday, Sept. 18, performing "Azul," a piece written expressly for him by Osvaldo Golijov. The evening features a gala dinner before the concert, and an exclusive post-concert reception with Yo-Yo Ma. Proceeds from these events, which are open to the public, will benefit the BPO's education programs. The Louis P. Ciminelli Family Foundation is sponsoring the gala. For tickets, contact Lauren Piekarski at 716-242-7825.

On Oct. 19 and 20, the BPO will feature its first guest clarinetist in more than 10 years when Ricardo Morales, principal clarinetist of the Philadelphia Orchestra, joins the BPO in a performance of Mozart's only clarinet concerto.

Wu Man is Musical America's Instrumentalist of the Year, and is committed to introducing the pipa, a traditional Chinese instrument, to Western concert halls. She makes her BPO debut on March 29-30, 2014.

Western New Yorkers will have the chance to hear many classical masterworks live this season. Violinist Anne Akiko Meyers joins the BPO to perform Vivaldi's Four Seasons on Nov. 16 and 17. On Feb. 1 and 2, pianist Philippe Bianconi will perform the notoriously difficult "Rach 3," Rachmaninoff's Piano Concerto No. 3, which was spotlighted in the film "Shine."

No classical music phrase is more recognizable than the four-note opening to Beethoven's Symphony No. 5. Western New York audiences who have heard it set to disco music, turned into a ringtone, and used in TV shows, movies and commercials can hear the authentic version in the concert hall on March 7 and 8.

Also slated are performances of Mahler's Symphony No. 4 on March 22 and 23, featuring soprano Heidi Grant Murphy, and Tchaikovsky's Symphony No. 6 "Pathetique" on May 31 and June 1. Tchaikovsky, who died shortly after the premiere of the "Pathetique" symphony, said that he put his entire soul into this work, and its popularity has endured for more than 120 years. Concertmaster Michael Ludwig will be in the spotlight with a Korngold concerto on April 11-13, and BPO cellist Roman Mekinulov will perform the world premiere of Miguel del Aguila's Concierto Tango on May 10-11.

On Saturday, Sept. 21, "The Music of Queen" will rock Kleinhans in the kickoff to the 2013-14 "BPO Rocks" series. Conductor Brent Havens has had a long and fruitful collaboration with the Buffalo Philharmonic Orchestra, and will also conduct "The Music of the Rolling Stones" on Friday, Nov. 8.

America was founded on a U.S. Air Force base in London when the bandmates were teenagers, and has endured since the 1970s, with megahits like "Sister Golden Hair" and "Horse with No Name." They will perform with the BPO on Friday, March 28.

Lou Gramm, the voice of Foreigner and a native of Rochester, is embarking on his first symphonic tour this year. On April 25, Western New Yorkers will be among the first in the nation to experience all of his hits arranged for full symphony orchestra.

Bernadette Peters has lit up the Broadway stage and delighted television audiences with star turns on shows from "The Carol Burnett Show" to "Smash." She performs with the BPO on a very special "Opening Night at the Pops" on Sept. 28.

Former BPO pops conductor and leader of "The Tonight Show" band, Doc Severinsen returns to Western New York for performances at 10:30 a.m. on Friday, Oct. 25, and at 8 p.m. on Saturday, Oct. 26.

On Nov. 9, the BPO will pay homage to another former pops conductor, Marvin Hamlisch, who was also the composer of hits such as "The Way We Were" and "Theme from Ice Castles."

Ann Hampton Callaway is a songwriter to the stars, and makes her BPO debut on Feb. 15 with "The Barbra Streisand Songbook."

Trumpet superstar Chris Botti is back after two sold-out performances in 2009 and 2011 for an eagerly anticipated performance on Saturday, March 15.

Aug. 10 will also be the first opportunity for non-subscribers to obtain tickets to the second season of "Know The Score." These shorter, weeknight concerts offer an in-depth look at a single piece, composer or classical music style, and a post-concert party where the audience can enjoy food and drinks and meet the BPO musicians. The three-concert series begins on Oct. 10, when BPO staff conductor Paul Ferington explores musical retellings of "Romeo and Juliet," with help from Shakespeare in Delaware Park. Also scheduled are "Copland's America" on Jan. 23 and "Stravinsky's Petrushka" on May 1.

A revamped "BPO Kids" series puts the focus on the youngest listeners, with interactive concerts featuring classical favorites and music from films and television. The first concert will take place just in time for Halloween, on Oct. 27, and features a costume parade. Other "BPO Kids" concerts celebrate the holidays and Earth Day, and highlight space travel, musical fairy tales, and the joy of dance. Subscriptions are available to these budget-friendly concerts.

Individual concert tickets are available by visiting www.bpo.org, by calling 716-885-5000 or by visiting the Kleinhans Music Hall box office at 3 Symphony Circle, Buffalo. Box office hours are 9 a.m. to 1 p.m. on Saturdays, and 9 a.m. to 5 p.m. Monday through Friday. Season tickets are still available for all BPO series. The benefits of subscription include priority seating and easy ticket exchanges.

Visit www.bpo.org for complete details on all 2013-14 concerts and subscription packages.