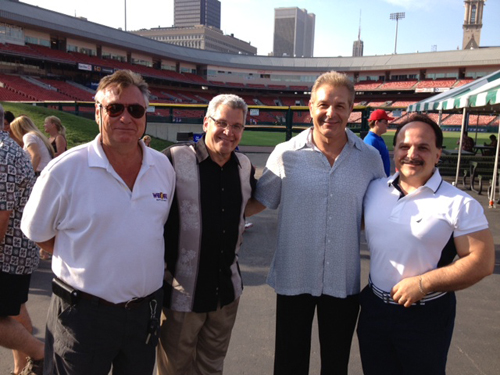 Congratulations to Bob "Rizzo" Koshinski, vice president and general manager of WBBZ-TV, and host of "All Sports WNY," who was honored as the Buffalo Bisons "Italian American Man Of The Year" Thursday in pre-game ceremonies at Coca-Cola field.

Even though the hometown team took a loss on the field, 4-2 to the Toledo Mud Hens, it was a winning night for Buffalo's Italian American community.

Koshinski has a long history in Western New York media, as a restaurant critic for "PM/Magazine"; as WKBW Eyewitness News sports director; as head of the Empire Sports Network; in government relations for Erie County; and now with "Your Hometown Television Station."

Koshinski and his family are from Niagara County and are longtime fans of the Bisons. He acknowledged his Italian mother for all the positive influences in his life, leading to this honor.