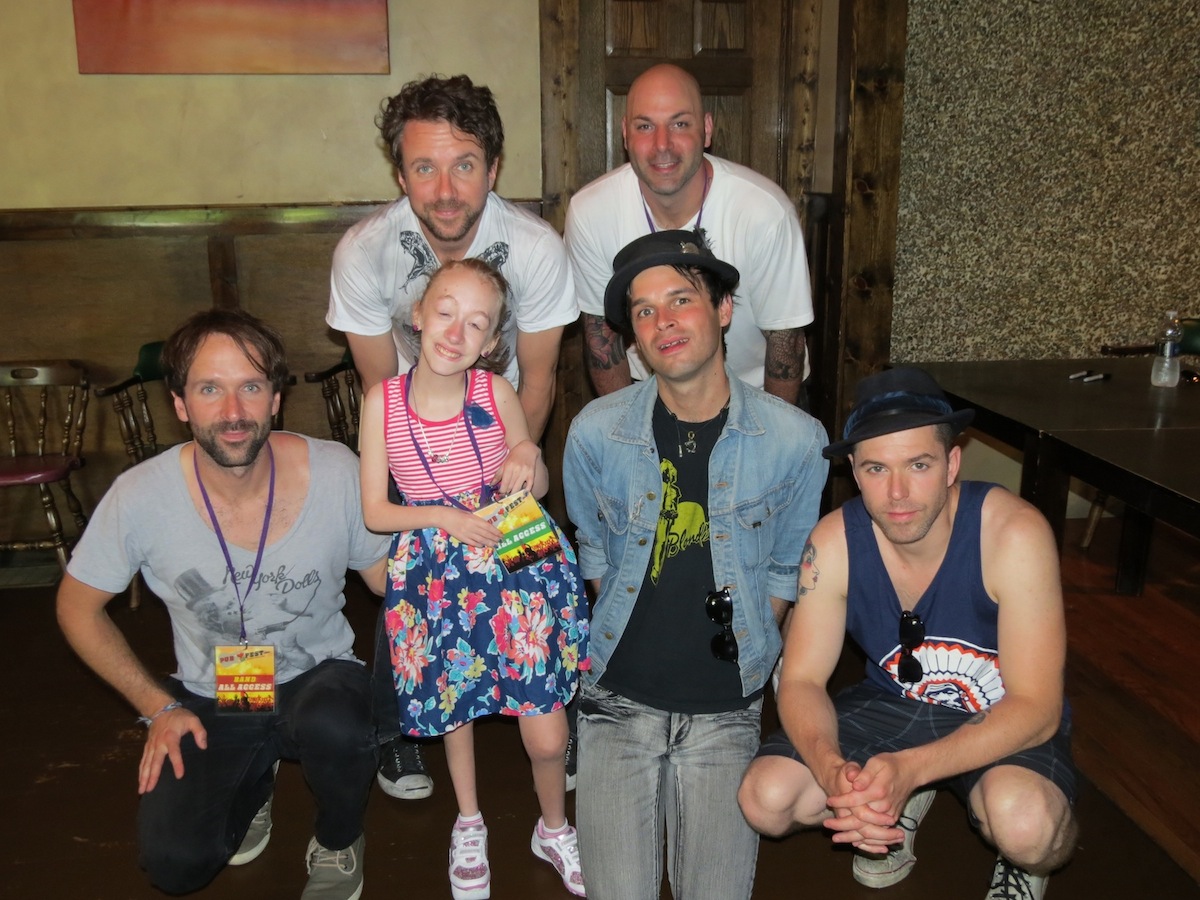 The Trews returned to Lewiston on Friday.

Pubfest: The Trews headline benefit for 'The Children's Charity of Western New York'

Lewiston's favorite Canadian band, The Trews, will headline tonight's Pubfest concert at Academy Park. The band takes the stage at about 9:15 p.m.

The Trews took time out this afternoon to meet fans at The Pub, including Sarah Kopasz, one of the Variety Kids Telethon stars. Band members are pictured with Sarah, and with Pubfest organizer Ken Scibetta, co-owner of the Lewiston Village Pub and Restaurant.

Pubfest runs Saturday and Sunday. Click here for more information and a list of bands. Proceeds will benefit the Variety Kids Telethon, "The Children's Charity of Western New York."

Interestingly, Friday's meet-and-greet wasn't the first time The Trews had set foot in The Pub. The band performed there in 2004 when the 840 Center St., eatery was called Park West. Since then, The Trews have become an internationally known act, with several songs in rock radio rotation.

In recent years, the band has headlined concerts at Artpark.