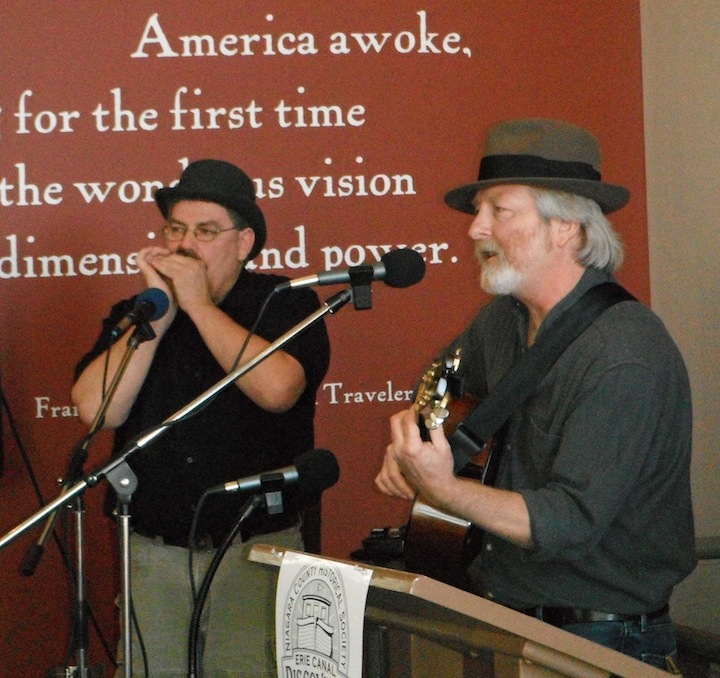 The Erie Canal Discovery Center has announced the winners of its Erie Canal Song Contest. This is the sixth year for the contest, and its popularity has been growing each year.

Thomas E. Callahan took first place with his entry "Dig, Paddy, Dig." Callahan is a native of Western New York and grew up along the Tonawanda Creek section of the Erie Canal. He has been singing, writing and playing since the mid-60s, and is an award-winning playwright and retired teacher.

The second-place entry was written by Scott Frank and is titled, "Snakes of the Erie Canal." Frank is originally from Springville and now lives in Cheektowaga. His day job is teaching social studies and, when not at school, he performs with the musical trio Rush the Growler.

Third place went to Joseph Baschnagel for his song, "The Mighty Mick MaGee." Baschnagel, at home in Cambria, is no stranger to the Erie Canal Song Contest, having received contest honors in two prior years. He has been performing, writing music, teaching, and playing the Great Highland Bagpipes for almost 40 years.

"Each of the entries this year was outstanding," Song Contest Chairman Rick Heenan said. He explained that a team of 18 area musicians and civic leaders judged entries.