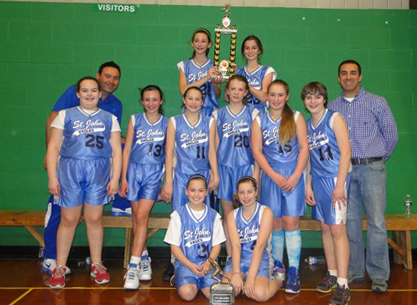 After struggling early in the season with two losses, the Eagles put together a three-game winning streak culminating in a 16-4 victory over top-seeded St. Peter's Sanborn in the championship game.

The girls' defensive effort in the playoffs allowed only 10 points in two games.