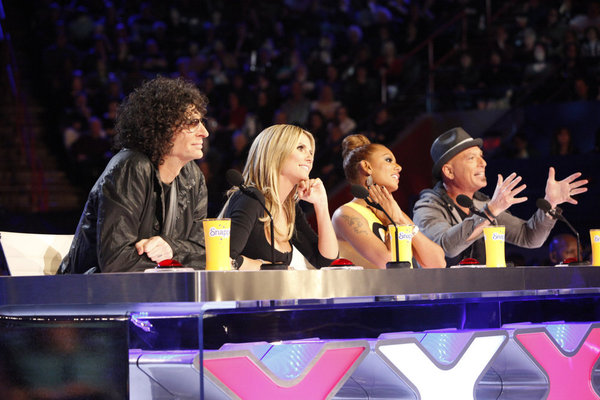 'America's Got Talent' returns for eighth season on June 4

NBC's "America's Got Talent" - America's top-rated summer series - will return for its eighth season when it premieres on Tuesday, June 4 (9 p.m.). It will begin its regular hour-long Wednesday edition on July 10 (8 p.m.). This season will feature new judges Mel B and Heidi Klum who will join returning judges Howard Stern and Howie Mandel - marking the first time that the series has showcased four judges on the panel. Actor, producer and comedian Nick Cannon returns as host.

The live shows again will originate from the New York tri-state area. With the talent search open to acts of all ages, "America's Got Talent" has brought the variety format back to the forefront of American culture by showcasing performers from across the country. A colorful array of hopeful stars, including singers, dancers, comedians, contortionists, impressionists, jugglers, magicians and ventriloquists, all vie for their chance to strut and perform on stage hoping to win America's hearts - and the $1 million prize.