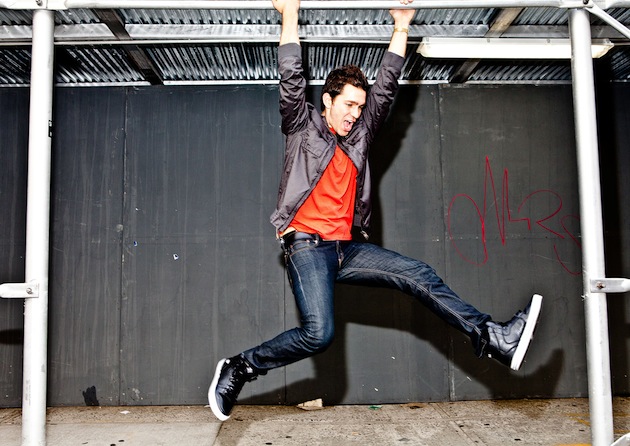 The Niagara University Student Government Association has announced singer/songwriter Andy Grammer will perform in the university's Gallagher Center on April 6 at 7 p.m.

In 2012, Grammer emerged as one of the biggest success stories in the music business. He performed on "Jimmy Kimmel Live," "The Tonight Show with Jay Leno" (twice) and "Good Morning America." Grammer shared the stage with Taylor Swift, Train and Colbie Caillat, and he is the first male pop star since John Mayer in 2002 to reach the Top 10 at Adult Pop Radio on his first two singles, "Keep Your Head Up" and "Fine By Me." "Keep Your Head Up" is certified Gold (quickly approaching Platinum) and received the BMI award as one of 2012's Top 50 most performed songs across all formats. "Fine By Me" is also certified Gold.

Known for his vibrant pop/rock/soul mix and free-flowing vocal delivery, the acclaimed singer, songwriter and musician - who began as a street performer in Santa Monica, Calif. - is poised to make 2013 another big year. Radio has enthusiastically embraced his third single, "Miss Me"; he just finished a national tour with Train; and he is gearing up for a major headline tour in 2013.

Special guest Parachute will serve as the show's opening act.

Tickets are $15 for the general public and go on sale at all Ticketmaster outlets (1-800-745-3000 or www.ticketmaster.com), including Dwyer Arena, at 10 a.m. on March 16. Niagara University students - who have paid their student services fee and possess a current university ID - can purchase a maximum of two tickets per person at $5 each at NUSGA's offices in the Gallagher Center. Students may also call NUSGA at 716-286-7326.

The Niagara University Student Government Association, keeping within the framework of the Catholic and Vincentian traditions and values of Niagara University, seeks to serve the undergraduate student body and surrounding community to the highest capacity. The organization strives to address all interests and concerns of student welfare, provide for support, funding and guidance for student organizations, and exemplify those values held to be most ideal.