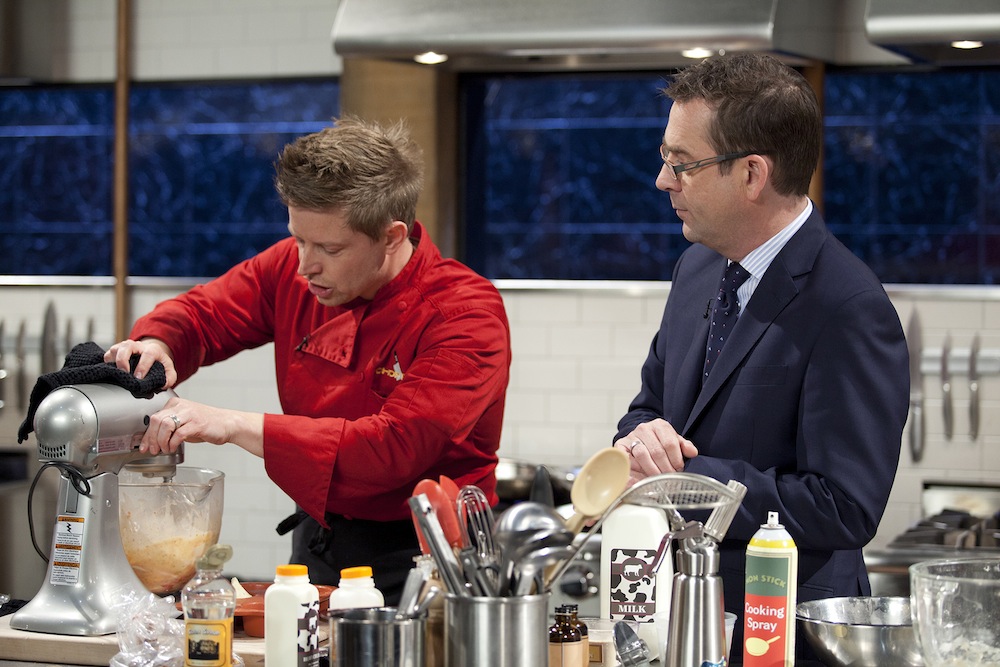 Season 3 premieres Sunday, April 7, as Food Network faces off against Cooking Channel in the "Chopped" kitchen

Season three of Food Network's top-rated series "Chopped All-Stars" debuts Sunday, April 7, at 9 p.m., as 16 culinary competitors battle it out for the title of all-star champion and a $50,000 prize for the winner's charity.

The five-part competition series, hosted by Ted Allen, includes four chefs going head-to-head each week in themed episodes featuring Food Network chefs vs. Cooking Channel chefs, an all-out battle of the "Mega Chefs," the much anticipated battle of the "Chopped" judges, and a can't-miss culinary showdown as four celebrities with a shared love of cooking compete against each other in the "Chopped" kitchen.

Judged by a rotating roster of "Chopped" regulars who decide who gets "chopped" each week, including Maneet Chauhan,Marcus Samuelsson,Aarón Sánchez,Chris Santos and Geoffrey Zakarian, the competitors are challenged to create delectable courses in a limited amount of time from the ingredients in the renowned "Chopped" mystery basket. The winner of each episode will compete for the grand prize on Sunday, May 5 at 9 p.m.

Beginning April 7, Food Network will offer "The Chopped All-Stars TV Sync Experience." Partnering with Yahoo!'s second-screen mobile application, IntoNow, Food Network is creating a custom experience that will bring fans into the world of "Chopped" like never before. This unique two-screen offering will allow viewers access to exclusive content, including commentary, photos, behind-the-scenes details, culinary tips, polls and trivia. Fans can also use the IntoNow app to create their own memorable captioned stills from the episodes, and keep up with the "Chopped" judges on Twitter. Viewers can download IntoNow from the iTunes App Store or Google Play, then sync the app with the broadcast. The experience will also work when synced with encores and when watching the episode on DVR, VOD or online streaming.