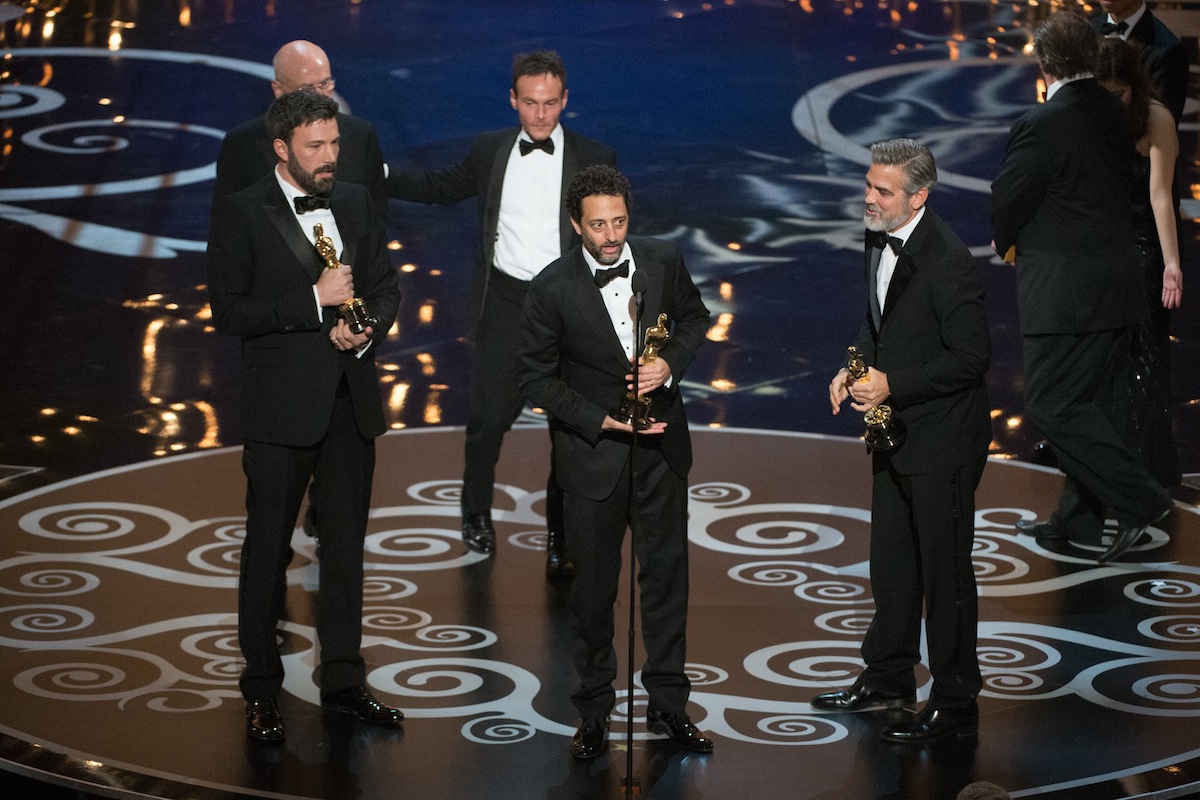 85th Academy Awards telecast: Accepting the Oscar in the category Best motion picture of the year for "Argo" is Ben Affleck, Grant Heslov, and George Clooney during The Oscars. The show aired live on the ABC Television broadcast from the Dolby Theatre in Hollywood on Sunday, Feb. 24. (photo by Matt Brown/©A.M.P.A.S.)

Oscars show to be available in its entirety

For the first time, viewers in the U.S. will be able to stream Sunday's Oscars show in its entirety across multiple platforms, including ABC.com, the ABC Player app, and the free, ad-supported Hulu and Hulu Plus subscription service. The show will also be available via ABC On Demand, the network's fast forward-disabled VOD service.

The Oscars, in its entirety, is available to stream through Wednesday, Feb. 27, at midnight EST.

"Tonight's show included remarkable performances that will surely have people talking. This is an easy, convenient way for anyone who missed the show to catch up and join the conversation," said Karin Gilford, senior vice president of digital media, ABC Entertainment, on Sunday. "It's also perfect for anyone who just wants to relive the most magical moments of the night."

"Our goal is to give fans as many ways to enjoy and engage with the Oscars as possible and this will provide another great opportunity for them," said Christina Kounelias, the Academy's chief marketing officer.

The full streaming will be advertiser supported with :15 or :30 video spots running intermittently from Blue Diamond, Diet Coke, Hyundai, JC Penney, Samsung and The University of Phoenix.

Additionally, during the telecast, Oscar.com offered a plethora of "Real Time Oscar Highlights" to viewers almost instantly after they debuted on the live broadcast. Those special moments from telecast as well as numerous highlights from the red carpet and backstage during the show, are currently available on the show's official site, www.Oscar.com.

Oscar.com and the official Oscars app went to great lengths to engage fans, giving them unparalleled access to all things "Oscar Sunday." As part of the "Backstage Pass," there were almost 20 exclusive live cameras strategically placed on the red carpet, and throughout the backstage are of the Dolby Theatre. Fans could either sit back and enjoy the action in "Watch" mode, or control the cameras they wanted to see in "Direct" mode. Hosts and correspondents included "The View's" Sherri Shepherd, television personality Cameron Mathison, "Modern Family's" Rico Rodriquez, Entertainment Weekly's Jess Cagle, and People magazine's Peter Castro. For the first time this year, Backstage Pass included the Red Carpet Digital Lounge, where Radio Disney's Jake Whetter, POPSUGAR's Alison McNamara and Mashable's Brian Hernandez reported on the most buzzed about trends on social media using multimedia monitors run from Samsung Galaxy tablets and smartphones.