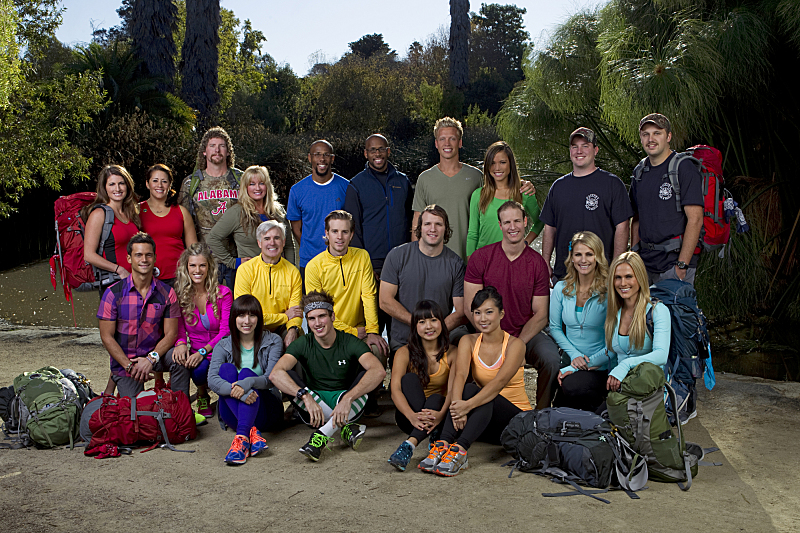 "The Amazing Race": 11 teams will embark on a sprint around the globe on the 22nd installment of "The Amazing Race," premiering Sunday, Feb. 17 (8 p.m.), on the CBS Television Network. Pictured: top row, from left: Mona and Beth, Chuck and Wynona, Jamil and Idries, John and Jessica, Dan and Matthew; middle row, from left: Max and Katie, David and Connor, Bates and Anthony, Jennifer and Caroline; bottom row, from left: Meghan and Joey, Pamela and Winnie. (Photo by Sonja Flemming/CBS ©2012 CBS Broadcasting Inc. All Rights Reserved.)

Buffalo newlyweds among those competing on 'The Amazing Race'

Other teams racing around the globe this spring include a pair of roller derby moms, country singers, hockey brothers, YouTube hosts, firefighters and twin OB/GYNs

CBS has announced the 11 teams that will embark on a sprint around the globe for $1 million dollars on the new season of "The Amazing Race," premiering Sunday, Feb. 17 (8 p.m.), on the CBS Television Network. The teams include Buffalo newlyweds Max Bichler, 30, who works in cigar sales, and Katie Bichler, 24, who is a pharmacist.

"The Amazing Race" has won the Emmy Award for "Outstanding Reality-Competition Program" nine times in the past 10 years. Emmy Award nominee Phil Keoghan (@philkeoghan) is the host.

This season, which marks the 22nd race around the world for the series, will introduce a new twist to the game in which the first team to check in at the first pit stop will earn two "Express Passes" - one to keep for themselves and one that must be given to another team by the end of the fourth leg of the race.

Teams will travel more than 30,000 miles, over five continents and through nine countries, as they skydive from 10,000 feet in Bora Bora, participate in a Shemozzle race in New Zealand, hunt for scorpions with the Bushmen of Botswana and scale the treacherous north face of the Eiger Mountain in Switzerland.