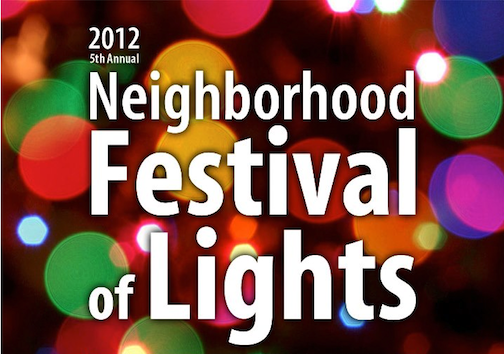 Buffalo's "Neighborhood Festival of Lights" runs through the holiday season.

From Front Park to Symphony Circle

For the fifth year running, block clubs on the West Side have put together a "Neighborhood Festival of Lights." Between now and Jan. 6, 2013, households from Symphony Circle to the Peace Bridge get in the holiday spirit and participate in a friendly competition to see who can make their houses look the most festive.

The Cottage District Neighborhood Association began the festival as a way to beautify its small section of the neighborhood with lights in the winter. Over the past several years, the festival has grown exponentially and is getting closer and closer to becoming the "Garden Walk of the winter season."

This year, the Cottage District, Fargo Estate, Armory Hill, Columbus Park and part of the Kleinhans Neighborhood Associations are all participating. In 2010, the four block clubs formed the Prospect Hill Neighborhood Alliance to collaborate on events, celebrate shared history and keep each other appraised of neighborhood happenings.

As the competition has grown, more than 20 local businesses now donate prizes for the winners.

The "Neighborhood Festival of Lights" brings in people from all over Buffalo to see the improvements that have been made over the year, as well as enjoy a beautiful light show. Self-guided walking tours run until the first week in January.

A Facebook page for "Neighborhood Festival of Lights" provides a downloadable map for self-guided tours and to view photos.