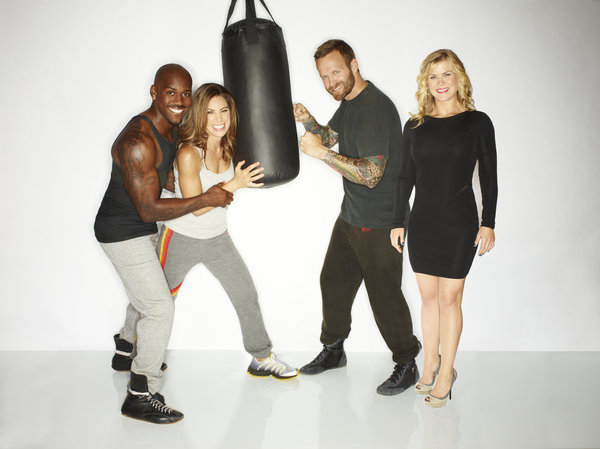 In a season unlike any other, NBC's "The Biggest Loser" takes on child obesity by featuring kid participants for the first time ever on the show, joining 15 fiercely determined adults eager to lose weight and change their lives forever in a must-see, two-night premiere event on Sunday, Jan. 6 (9 p.m.), and Monday, Jan. 7 (8 p.m.), 2013. And joining "The Biggest Loser" team to help the kids get healthy in season 14 will be childhood obesity expert and pediatrician Dr. Joanna Dolgoff.

With the childhood obesity epidemic at an alarming, all-time high, jeopardizing the health of kids and future generations, "The Biggest Loser" is committed to tackling this critical issue by featuring children this season to serve as ambassadors of change who can inspire kids all over the country to get healthy. The focus for the kids will be on getting healthy rather than numbers on a scale, so they will not be eligible for elimination and will not weigh in on camera. They will work at both the ranch and at home, and their progress will be featured in every episode.

The show's three kid participants will be 13-year-old Noah "Biingo" Gray, who aspires to be a professional baseball player and describes himself as a "skinny kid trying to get out of a fat teenager's body"; 16-year-old Sanjana "Sunny" Chandrasekar, who juggles Advanced Placement classes and extracurricular activities like singing and tennis, and says that being overweight takes away from her self-confidence and affects every aspect of her life; and 13-year-old Lindsay Bravo, who loved being a cheerleader for two years but gave it up when others started teasing her about her weight, and hopes that by going on the show, she can inspire others to change their lives and get healthy.

This season's 15 contestants will be divided into three teams - supervised by trainers Harper, Michaels and Quince. Each trainer and team of five adults will be paired with one child participant who will compete with and contribute to their respective teams.

The adult contestants for season 14 of "The Biggest Loser" will include Lisa Rambo, a high school special education assistant and mother of four who wants to be a healthy role model for her children, and hopes to one day open a special needs gym in her community to help her overweight students; 21-year-old Jackson Carter, the show's first openly gay contestant, who was bullied both for his weight and his sexuality after coming out at age 14, and now works as a volunteer coordinator for an LGBT youth outreach center; and Joe Ostaszewski, a former high school and college football player who continued to eat like an active football player long after his athletic career was over.

Also competing this season will be 47-year-old attorney, law firm owner and mother of two, Gina McDonald, who is very accomplished in her professional life, but has not been able to get control of her lifelong struggle with weight; 51-year-old police officer David Jones, who, at 307 pounds, is struggling to keep up with the physical demands of his job; and college professor and communications consultant Michael Dorsey, the heaviest contestant this season at 444 pounds, who wants to be a healthy role model for his young son and says, "Losing weight just seems like that impossible mountain that I cannot overcome."

Working closely with the children this season will be Dolgoff, a childhood obesity expert and pediatrician whose book, "Red Light, Green Light, Eat Right," features the child-friendly healthy eating plan the kids will follow. Along with the trainers and the "Biggest Loser" medical staff, the kids will follow an age-appropriate program that will help them get healthy, achieve their personal goals and transform their lives during the course of the season.

Dolgoff is a pediatrician, child obesity specialist, member of the Pediatric Task Force for the American Board of Obesity Medicine and author of "Red Light, Green Light, Eat Right." She is the medical director of Camp Shane, the nation's longest-running weight loss camp. Dolgoff, her program, and many of her patients have been featured on NBC's "Today," "Good Morning America," "The Early Show," "Fox & Friends," "Nightline," "700 Club," "Extra," "America's Newsroom," "Inside Edition," as well as CNN, MSNBC, Lifetime and Discovery Health.

She has been written about in The New York Times, The Wall Street Journal, The Washington Post, The Seattle Times, The Los Angeles Times, Vogue, Redbook, Parent Magazine, Parenting, and Shape. Children and teens from 46 different states and four countries have lost weight with her online weight loss program (www.GreenLightEatRight.com).

The three kid participants this season are:

The new adult contestants competing for the $250,000 will be: