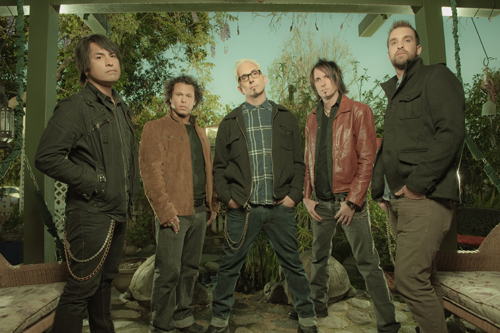 Special performances by Everclear and Eve 6

Rock in the new year! On Monday, Dec. 31, Hard Rock Café, Niagara Falls USA, hosts the city's fourth-annual New Year's Eve Guitar Drop. Fans will count down to 2013, as a 10-foot Gibson guitar, painted by local artist Rob Lynch and illuminated by Ken-Ton Electronics, is lowered off the historic United Office Building and the Giacomo Hotel at midnight.

Fresh off their joint U.S. tour, Everclear and Eve 6 ring in 2013 with Hard Rock, performing songs off their latest studio efforts during a free outdoor concert.

Returning to the sonic-punch sound and sturdy soundcraft that catapulted Everclear to international fame, the band released its eighth studio album, "Invisible Stars," this past summer. In April, Eve 6 unveiled the highly anticipated "Speak in Code," the band's first studio release since its 2004 hiatus - heralding a triumphant reunion for its original members.

Additional outdoor festivities will include food and beverage concessions, as well as a fireworks display at midnight.

"Hard Rock's New Year's Eve Guitar Drop is a great event for Niagara Falls, and we know that the whole region benefits when we partner together," said Jim Wise, senior vice president of marketing for sponsor Seneca Gaming Corp. "This is an event that screams excitement and entertainment, and that's what Seneca Niagara is about, too."

"We see what Hard Rock is doing to move Niagara Falls back into the national spotlight and The Giacomo is thrilled to be a part of it," said Jeff Deming, general manager of sponsor The Giacomo Hotel. "The idea of incorporating the historic United Office Building, one of the few remaining architectural landmarks in Niagara Falls, shows the perfect blend of past and present. Isn't that what a New Year's celebration is all about?"

"Quality Hotel & Suites is excited to be partnering with Hard Rock Café to bring in the new year in a way Niagara Falls USA has never seen," said Chris MacKendrick, general manager of sponsor Quality Hotel and Suites. "We are glad we have the opportunity to be part of an event where so many of the downtown businesses are coming together to make sure this event continues to take place in downtown Niagara Falls."