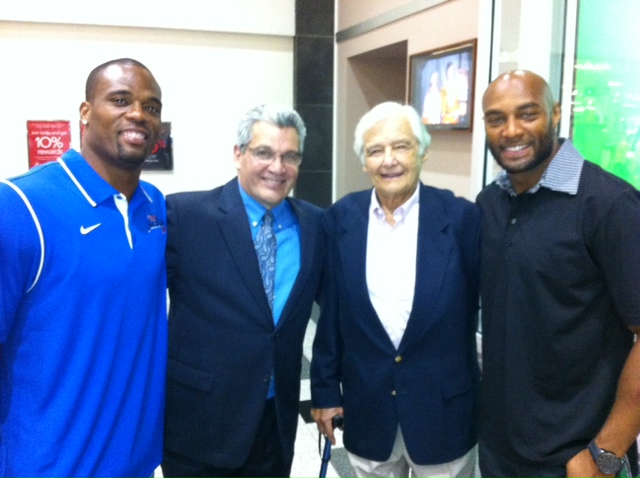 On Monday night's episode of "The Fred Jackson Show" on WBBZ-TV, Buffalo Bills running back Fred Jackson told host Bob Koshinski and his television audience that he has "come a long way," crediting the staff of the Buffalo Bills for his rehabilitation since injuring his knee in week one of the new NFL season.

"The Fred Jackson Show" airs live every Monday at 6:30 p.m. on WBBZ-TV. The show is sponsored by Sahlem's Roofing and Siding. WBBZ-TV can be viewed on Channel 5 on Time Warner Cable, Verizon FiOS, and Dish Network, and on Ch. 67 on DirecTV (where available).