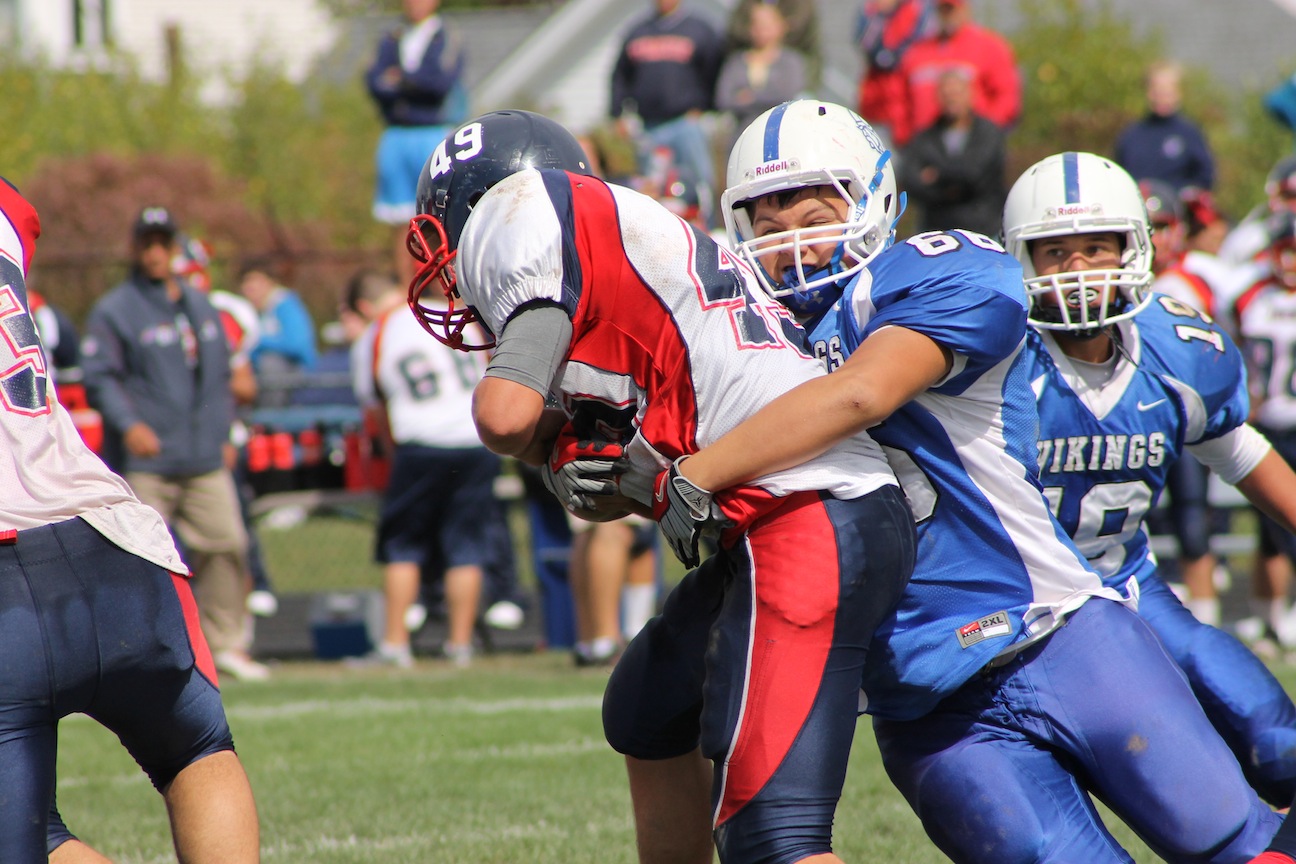 After having an admittedly bad week on practice field Monday through Friday, the Grand Island Vikings had a good afternoon Saturday in beating North Tonawanda 35-21 at Masters Field.

The win improved the Vikings to 2-0 on the Section VI Federation football season.

"We had a bad week, we really did, but that happens sometimes," said GI coach Dean Santorio. "Kids are at school all day behind a desk and they had to come out to practice when it's hot, then we had that real bad rain day. You just hope you get prepared and understand what people are trying to do against you and hopefully mentally be ready."

GI shook off any practice rust and marched down the field on its first possession, thanks to 59 yards on four carries by running back Danny Blocho. He punched the ball in from two yards out, and with a two-point pass from Quinn Corrao to Chris Connors on a fake extra point, GI took an 8-0 lead that they would never relinquish.

"Our running game's been great, and we're really proud of that and we're proud of our offensive line up front and what they've done." Santorio said.

Quinn Corrao "had a great day today, too," he added.

The secret of the success in the running attack through two games this season is "toughness on the line, toughness in the backfield and getting upfield," said fullback Anthony Zogaria, who had two TD on the day.

After a 3-yard touchdown by NT's Jon Zellner narrowed the lead to 8-6, GI had TDs from Mitch Fachko (a 6-yard run) and Zogaria (a 10-yard pass from Corrao).

Though the team had a slow start a week earlier against Kenmore East, the offense was clicking on all cylinders from the opening kickoff against the Lumberjacks.

"Today we knew right from the beginning what we had to do and we executed," Zogaria said.

Josh Brosius of NT cut the lead again on a 50-yard run, but Corrao connected with Connors on a 29-yard scoring pass to regain the Vikings' momentum. Zogaria added a 3-yard TD run to push the lead to 35-14 before the game was halted for half an hour because of lightning. NT added a late TD on a 16-yard pass from Chris Woodard to Brosius.

GI hosts Starpoint at 2 p.m. in the annual Homecoming game.

"They're always physical, they always play us tough," Santorio said of the Spartans. "They're always tough defensively because they play hard, so they'll be prepared to play. They've got a real good running back and their JV was real successful last year. We know they'll be ready to play."

"There's always worries," Santorio said of the Homecoming game. "I mean, it drives us crazy as coaches. We want the kids to have fun during Spirit Week and all that, but there's still a game to play."