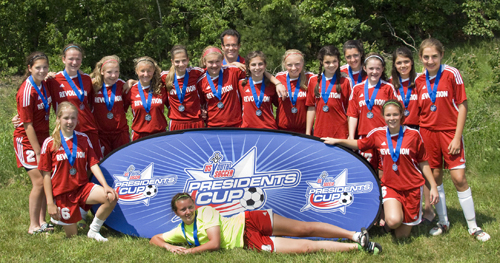 They were selected by NY West youth soccer association to represent NY-West in their division.