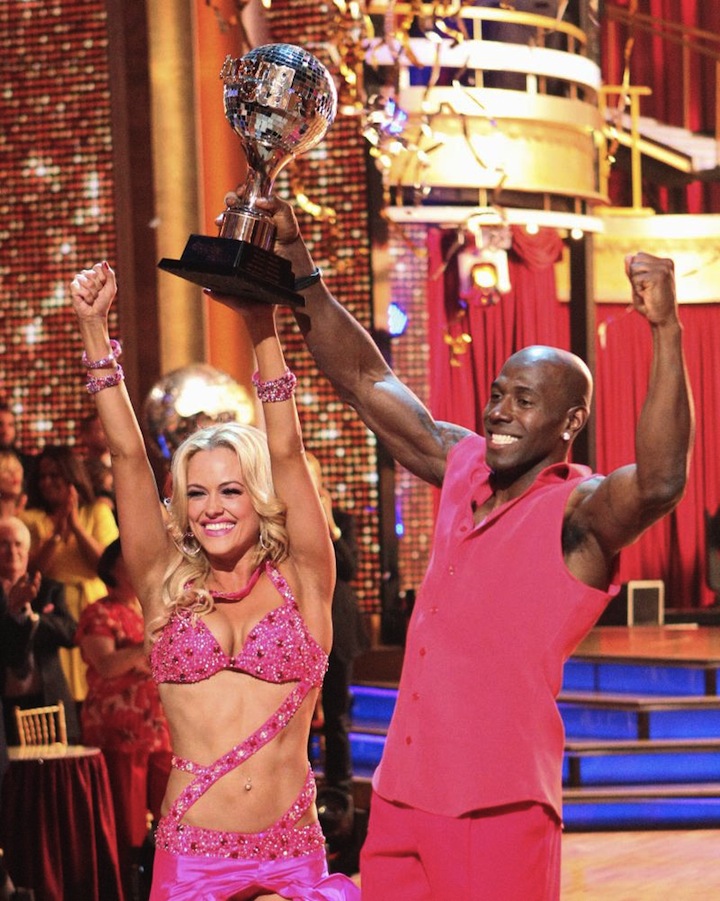 With a "Dancing with the Stars" encore and the grand finale 14th-season closer of "Dancing with the Stars," ABC (14.6 million) qualified as the most-watched network on the final Tuesday of the season and sweep, outdrawing Fox (11 million) with its Tuesday finale of "American Idol" into the season finale of "Glee" by 3.6 million viewers and more than doubling the audience of NBC (6.5 million) with "America's Got Talent" and a "Dateline 20th Anniversary" special (+8.1 million viewers or +125%). Finishing a solid second to FOX, ABC defeated NBC on the night by 24% in Adults 18-49 (2.6/7 vs. 2.1/6).

In its 14th-season finale from 9 to 11 p.m., ABC's "Dancing with the Stars Results Show" won its two-hour time period in Total Viewers (17.5 million) and Adults 18-49 (3.2/9) to produce season-high numbers on the evening. The "Dancing" finale dominated all four of its half-hours with Total Viewers to stand as the most-watched TV program of the night, topping the Tuesday finale of "American Idol" (14.4 million) by 3.1 million viewers (up sharply from an 855k viewer advantage on the year-ago night). Outdrawing FOX's Tuesday "Idol" closer for the second consecutive year, ABC's "DWTS Results Show" is the only TV program to accomplish the feat. Super Bowl champion and the all-time leading receiver for the Green Bay Packers Donald Driver won the coveted Mirror Ball trophy.

After 10 weeks of highly entertaining performances and phenomenal dancing, Donald Driver and Peta Murgatroyd were crowned "Dancing with the Stars" champions on the two-hour season finale on ABC. (photo by Adam Taylor/ABC)