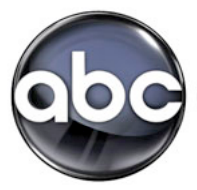 New series "666 Park Avenue," "The Family Tools," "How to Live with Your Parents (For the Rest of Your Life)," "Last Resort," "Malibu Country," "Mistresses," "Nashville," "The Neighbors," "Red Widow" and "Zero Hour" join the lineup

ABC continues to set the industry standard for creative ingenuity, strong viewer retention and ratings success in primetime, delivering the No. 1 comedy ("Modern Family"), No. 1 drama ("Grey's Anatomy") and No. 1 freshman drama ("Once Upon a Time") this season in the key Adult 18-49 demographic. Building on its momentum from the 2011-12 season, Paul Lee, president, ABC Entertainment Group, will share ABC's plans for next season and present the network's 2012-13 fall schedule before the advertising and media communities Tuesday afternoon at Lincoln Center's Avery Fisher Hall.

"We are using the success we achieved last season as a strong foundation to launch some more great shows this time around," Lee said. "Last year was about stability and ambition, this year is about growth and continuing momentum, with strong programming that will stake ABC's claim on more nights as the home of quality entertainment."

A solid mix of promising new series and returning hits is what drove ABC to strong results in the 2011-12 season. Season to date among Adults 18-49, ABC claims TV's No. 1 comedy/scripted series ("Modern Family"), the No. 1 drama ("Grey's Anatomy") and the No. 1 freshman drama ("Once Upon a Time"). Led by Emmy-winning "Modern Family," ABC's two-hour Wednesday night comedy block continues to connect with audiences, posting its second straight year of growth with viewers (+3%) and young adults (+6%). In addition, ABC is the only network up during the 10 p.m. hour on Monday-Friday as lead-in to affiliates' late-local newscasts with Total Viewers (+8%) and Adults 25-54 (+7%).

Fall premiere dates will be announced at a later time. Please note shows picked up but not listed on the schedule will debut later in the 2012-13 season.

ABC's fall primetime schedule is as follows (all times listed are Eastern); new shows are in bold:

TUESDAY: 8 p.m. "Dancing with the Stars the Results Show"