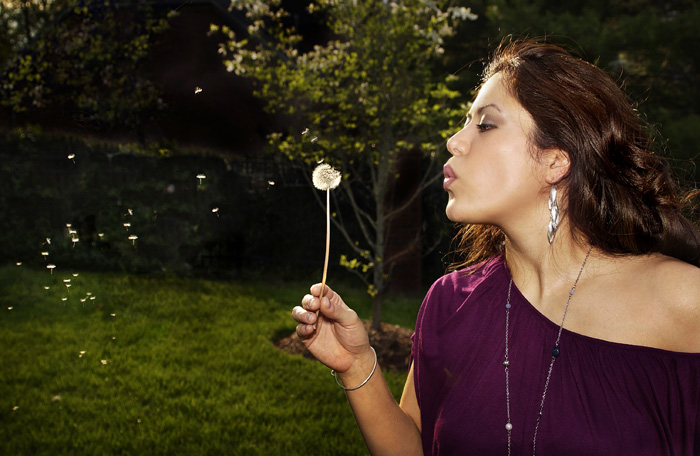 Air Force intelligence analyst-turned YouTube sensation and a star on NBC's "The Voice," Angie Johnson will perform this weekend as part of the Buffalo Niagara Film Festival. She is a featured artist at Saturday's BNFF closing ceremony (6:30 p.m., The Rapids Theatre). She will perform the national anthem, as well as songs by Martina McBride, The Dixie Chicks and Adele.

While deployed in the Middle East last summer, a video of Johnson singing Adele's smash "Rolling in the Deep" made its way to YouTube. Within 10 days, the clip netted one million views - and the attention of "The Voice" host Carson Daly. He personally arranged an audition for Johnson. Her rendition of Pat Benatar's "Heartbreaker" drew high praise from the coaches, and Johnson was chosen to compete for "Team Red Zone" - CeeLo Green's team.

Johnson offered up a second stellar performance on "The Voice," singing Bonnie Tyler's "Total Eclipse of the Heart," before losing a close "Battle Rounds" match-up with teammate Cheesa.

Since then, "I've got gigs every week between now and July. I'm always gone," Johnson said. "My life has just completely changed - and I embrace it all. I embrace it all, because I always dreamed of this; I always wanted this. I gave up on myself, and now it's like, 'Wow, I have the chance.' I really do have the shot, so I'm going after this full steam."

Since leaving "The Voice," Johnson has performed for the L.A. Kings of the NHL, on "Last Call with Carson Daly," and she will soon appear on "GAC Noteworthy at the Opry."

Johnson said her regular live show is a mix of covers and original songs. It's a little bit country and a little bit (classic) rock and roll. Plus she throws in "Heartbreaker" and "Rolling in the Deep."

"People just really, really want to hear those," she said.

While music is distributed in all sorts of forms these days, Johnson said she wants to make a traditional record.

"I definitely do, and that's on the horizon for me," she said. "We're kind of just working out the logistics and setting everything up for that right now."

Prior to that, she's planning a six-song EP first, "just to get a feel for how fans receive my music," Johnson said.

"It's a cross between Adele and Little Big Town," she added. "It's a really rootsy, soulful type of country - I mean, borderline Bonnie Raitt. There's lot of elements of Bonnie Raitt, because that's what my voice lends itself to. I never really got to show that on 'The Voice.' "

Johnson still works one weekend a month with the Air National Guard. Despite her newfound stardom, "I'm still their little sister," she said.

Her fellow fliers, Johnson explained, enjoyed her TV appearances as much as she did.

"It's nice to meet people that appreciated me going out there and being a representation of them," Johnson said.