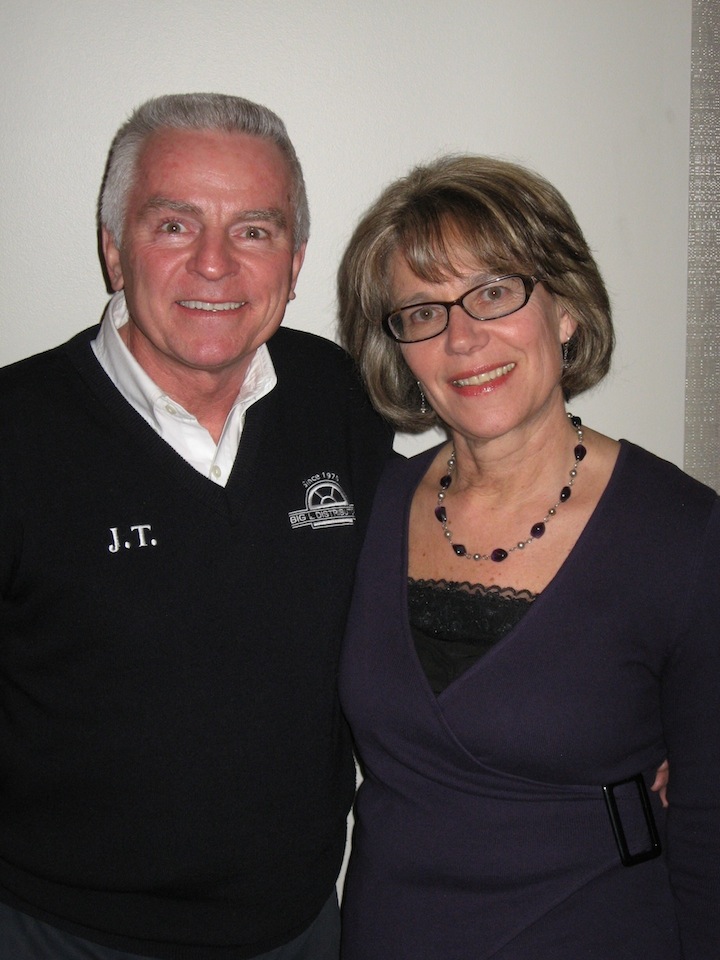 Pictured from left, James L. Turner III and his wife Marge Turner, chairs of the 27th Annual Friends of Niagara University Theatre Gala, to be held on April 28.

"Little Women - The Musical," by Jason Howland, Mindi Dickstein and Allan Knee, is based on the book by Louisa May Alcott. This 2005 Broadway musical celebrates the beloved March sisters: Jo, Meg, Beth and Amy. Alcott once wrote of her unconventional, spirited heroine of this great work, "I am Jo." Despite hardships of the Civil War era, this classic story has entertained generations worldwide since its first publication in 1868.

Directed by Steven Braddock, director of NU Theatre, and choreographed by Terri Filips Vaughan, associate professor/choreographer, this production is perfect for the entire family. Musical direction is by Randy Andropolis. The set is designed by David Dwyer, assistant professor/scenic designer/production manager, and the costumes are by Maureen T. Stevens, associate professor and costume designer.

The musical will be followed by a cocktail reception, dinner and silent and live auction at the Niagara Falls Country Club in Lewiston. Auction items include gift certificates to area stores, restaurants and businesses, paintings, entertainment and sports-related memorabilia, gift baskets and much more.

Marge and James L. Turner III of Buffalo are this year's gala chairs. They are members of the board of the Friends of Niagara University Theatre, and their daughter Grace Turner, Class of 2013, is a theater performance and Spanish double major at Niagara University. Turner is a certified nurse midwife at WNY Ob-Gyn in Buffalo, and a sales representative for Big L Distributors of Cheektowaga.

Auction committee co-chairs include Friends board members Maria Arena of Clarence, Pamela LeCuyer of Getzville, and Adair M. Saviola of Buffalo. Arena is board secretary and Saviola is board president. Dinner committee chair is Friends' board vice president, Russell Papia of Williamsville.

Funds raised from the annual gala will benefit the theater program and its students, from needed theater equipment and supplies to workshops and mentoring by guest artists.

Tickets for the gala are $150 per person. For more information about the gala, contact Peg Lacki, office coordinator and box office manager, at 716-286-8483.