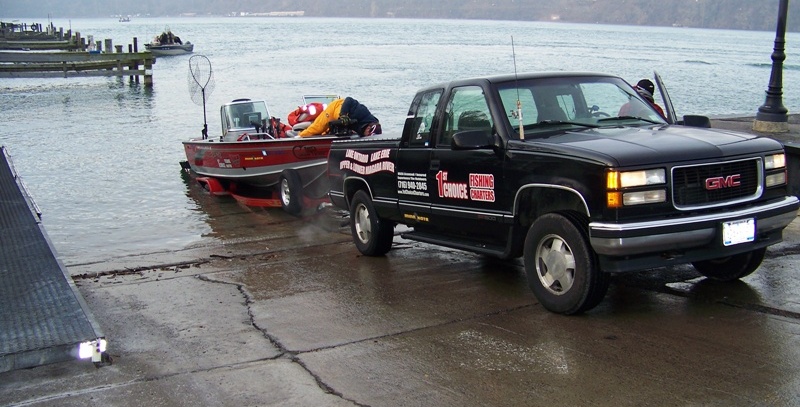 Even though the weather was pretty decent compared to other years, there were 88 hearty contestants in the 28th annual Lower Niagara River Anglers Steelhead Contest held on Feb. 18. The contest is held yearly in honor of Roger Tobey, who was a hard-working volunteer in fisheries management.

The day saw murky waters, which threw fishing off balance. Murky water is caused by the lack of an ice freeze on Lake Erie this year. Fishermen worked hard, and not many got a chance to record any of the typical large Niagara steelhead that normally dominates this contest. A 10.08-pound steelhead was the first place prizewinner of the ones caught.

New this year was a brown trout category. This one asked fishermen to each put in a $5 bill into a pot of which there was a 100 percent payback to the fisherman entering the biggest, to win the entire pot. About three-quarters of the 88 entries got in to that category. The winner of that challenge was Tom Hippler of Sloatsburg, N.Y. His trout hit the scales at 8.70 pounds.

•First place steelhead at 10.08 pounds, entered by Dan Wise of West Seneca. His fish was caught from shore in the Devil's Hole area.

•Third was Dan Collville of West Seneca. His 9.74-pound entry finished out the prizes offered.

Following the fishing day, there was an awards banquet for all contest participants, held at the 3F Club in Lewiston.

•Stream/creek fishing has been decent, and drifting eggs or grubs seem to be taking the fish at Four Mile Creek near the bridge at Route 18 as long as there is not any heavy runoff on the day you go. Perch fishing has been spotty, but one good report comes from Grand Island, near Blue Water Marina on East River Road in Ferry Village. Minnows will always work best on these stripped critters.

•The Niagara County Bullhead contest has been called off for this March, but it will be back next year, bigger and better, with some new ideas.

•There will be a state of the lake meeting in Lockport on March 1 at Cornell Cooperative Extension Niagara, 4487 Lake Ave., starting at 6:30 p.m. This is the last of the state Department of Environmental Conservation-sponsored, 2012 series of meetings discussing the 2011 fishing season, what holds for the future of Lake Ontario, boat survey results, and much more. There will be a public Q-and-A period. Admission is free. For more information, visit www.dec.ny.gov/outdoor/27068.html.

Fishing updates can be found on www.OutdoorsNiagara.com, and if you would like to add your thoughts or check out other entries on the local fishing scene, follow the link to the Outdoor Forum. On the website you will find an archive of Sentinel outdoor stories. If you have something you would like to add here, email [email protected].