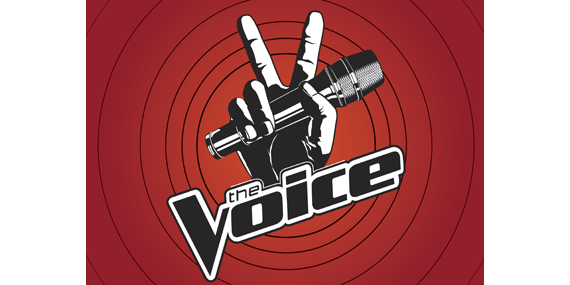 8 award-winning musicians join coaches as advisers on 'The Voice'

"The Voice" premieres on a special night and time, Sunday, Feb. 5, (10 p.m.; time approximate) following Super Bowl XLVI on NBC before settling into its regular time slot of Mondays (8 to 10 p.m.) beginning Monday, Feb. 6. The adviser and team pairings are as follows:

The announcement was made today by Paul Telegdy, president of late night and alternative programming for NBC.

"These renowned musicians will bring their unique and recognizable musical styles to the teams," said Telegdy. "They are well-respected singers whose invaluable experience will be a tremendous asset to Christina Aguilera, Cee Lo Green, Adam Levine and Blake Shelton's artists."

The battle rounds will pit two artists from each team against each other to sing a duet. At the end of each battle round performance, the artists' respective coach will decide who among their team will move on to the live shows, and who will be eliminated from the competition.

Aguilera (@TheRealXtina), Green (@CeeLoGreen), Levine (@adamlevine) and Shelton (@blakeshelton) each recruited two music industry giants as advisers to help mentor and prepare six separate artists on their respective teams of 12 for the battle rounds. The artists will receive personal one-on-one training with their coach and adviser as they break down their song selection and stage performance. Each artist will also join their coach and adviser for an intimate conversation whereby they will have the opportunity to ask questions of the superstars before them.

"The Voice" returns with the strongest vocalists from across the country invited to compete in the blockbuster vocal competition show's second season. Carson Daly hosts, while Christina Milian joins as social media correspondent.

The show's innovative format features three stages of competition: the first begins with the blind audition, then the competition enters into a battle phase, and finally, the live performance shows.

During the blind auditions, the decisions from the musician coaches are based solely on voice and not on looks. The coaches hear the artists perform, but they don't get to see them -- thanks to rotating chairs. If a coach is impressed by the artist's voice, he/she pushes a button to select the artist for his/her team. At this point, the coach's chair will swivel so that he/she can face the artist he/she has selected.

Once the teams are set, the battle is on. Coaches will dedicate themselves to developing their singers, giving them advice, and sharing the secrets of their success. During the battle rounds the coaches will pit two of their own team members against each other to sing the same song together in front of a studio audience.

After the vocal face-off, the coach must choose which of his/her singers will advance.

At the end of the battle episodes, only the strongest members of each coach's roster remain and proceed to the live stage shows.

In this final performance phase of the competition, the top artists from each team will compete against each other during a live broadcast. The television audience will vote to save their favorite talent, leaving the coach to decide live who they want to save and who will not move on. In the end, each coach will have one star artist left ready to compete against the other teams' finalists to be named "The Voice" - the winner will receive the grand prize of a recording contract.