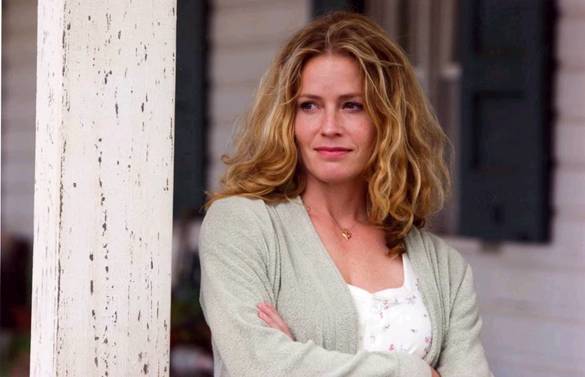 Academy Award nominee Elisabeth Shue will join the cast of "CSI: Crime Scene Investigation," as a series regular, on the CBS Television Network. Her character will be introduced in the episode scheduled to air on Feb. 15, 2012.

Shue will play the newest CSI, fresh off an anger management course, amid rumors that D.B. Russell (Ted Danson) fired her when she worked for him in Seattle.

"While it's difficult to say goodbye to a beloved character like Catherine Willows, it's exciting to start a journey with a new CSI, especially when that character is played by Elisabeth Shue," said executive producer Carol Mendelsohn. "The new CSI also struggles with 'brutal honesty issues' and suffers no fools."

"Elisabeth's character will share a past, in another crime lab, with Ted Danson's character (D.B. Russell)," said executive producer Don McGill. "The first time things didn't go so well between the two of them. Maybe the second time's the charm, or not."

Shue's film credits include "Leaving Las Vegas," which earned her an Academy Award nomination, "Adventures in Babysitting," "Deconstructing Harry," "Mysterious Skin," "Hollow Man" and "The Karate Kid." She also stars in the upcoming film from Relativity Media, "House at the End of the Street," starring opposite Jennifer Lawrence and scheduled for April 2012, and is currently filming Fox 2000's "Of Men And Mavericks," with director Curtis Henson and starring opposite Gerard Butler.

Her television credits include "Call to Glory," and guest starring roles on "Curb Your Enthusiasm" and "Dream On."