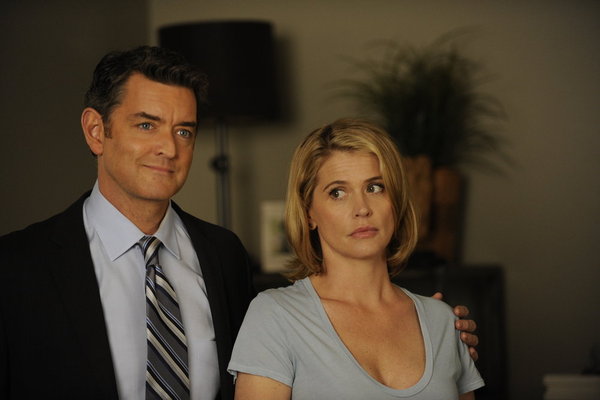 'Psych': TV's most fun show to watch is also its most fun place to work

What do the WWE's John Cena, baseball's Wade Boggs, Tears For Fears singer Curt Smith and actors Sheryl Lee and Kristy Swanson all have in common? They've all guest starred on the USA Network's hit series "Psych" -- and they all couldn't say enough good things about their experience on the show.

"It was fun to do," Smith told BTS last year. "I don't claim to be an actor in any stretch of the imagination, but you know what's nice about the TV show -- what I discovered -- is that, obviously, you never know what actors are going to be like ... because they're actors. You only know the characters they play. But, pretty much, what you see on the TV show is what you get in real life.

"They were a joy. It's like being at a frat party."

Cena said, "The show's very well written and it's very ... those guys certainly (distinguish) themselves ... with their personality. I love how it's put together,"

"I made some new friends and certainly had a newfound respect for what those guys (do)," he added.

"Psych" star Maggie Lawson (Detective Juliet O'Hara) said her castmates and crew have become a family in their five-plus seasons together. When guest stars drop by, she said, it's as if friends are coming over for dinner or drinks.

"As all of us actors have known, guest (starring is) tough. It's very, very hard to go into a set group, a family, and be the new guy. I think -- I hope, anyway -- we work really hard to make sure the guest stars feel really comfortable."

Lawson said the "Psych" team takes time to enjoy good food and drink and "we invite all guest stars to partake, and most of them do. So, we feel like we make wonderful friends every single episode. It's like the extended family."

"Our guest stars this year, who we had so much fun with ... they're so, so, so good. I feel like we got really lucky; we hit it out of the park with that," Lawson said.