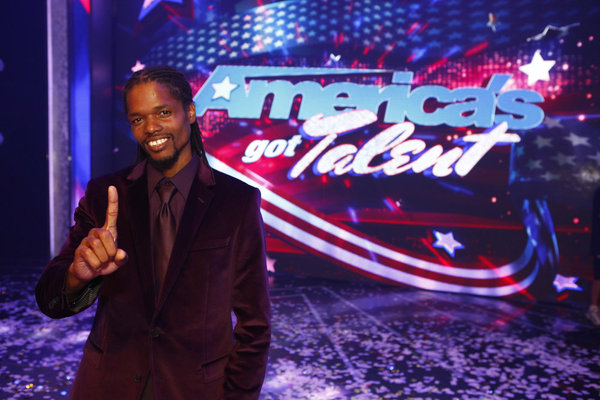 NBC's top-rated summer hit "America's Got Talent" crowned Landau Eugene Murphy Jr. as the winner of season six last night. Murphy beat out thousands of acts, including finalists POPLYFE, the Silhouettes and Team iLuminate to take home the coveted $1 million grand prize and an opportunity to headline a show in Las Vegas.

Murphy was born in Logan, W.Va. He is the grandson of the late Rev. Cecil Murphy, one of the Five Pioneers, who was instrumental in his participation and growth in church and Sunday school activities. Murphy has been entertaining family and friends since early childhood at local parties and school dances. He has always entertained, singing the songs of some of music's greatest artists. He took a job washing cars at a car dealership in Chapmanville, W.Va., to support his family of four children while he continued to practice his talents before appearing on "America's Got Talent."

Following weeks of intense competition and awe-inspiring performances, the winner and fan favorites from this season will perform in a special three-night engagement in Las Vegas on Oct. 28-30 in the famous 4,500-seat Colosseum at Caesars Palace. The two-hour live event will be hosted by Jerry Springer and include an all-star roster of the country's most dynamic "America's Got Talent" entertainers. There will also be a special guest appearance by the 2011"Australia's Got Talent" winner, whose album has already gone gold, 14-year-old Jack Vidgen. Tickets to "America's Got Talent Live," presented by AEG Live, are on sale now and can be purchased via http://agt.aeglive.com.