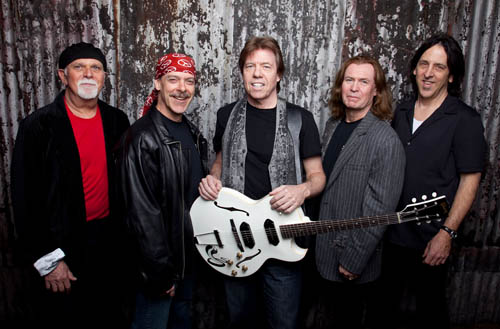 George Thorogood and the Destroyers

Who: George Thorogood and the Destroyers headline the next "Tuesday in the Park" at Artpark.

The Destroyers fought their way to the top. They came out of Delaware in the '70s as a jarringly high-energy bunch (also featuring drummer Jeff Simon and bassist Billy Blough) whose raucous, slide guitar-stoked, blues-rock takes on tunes by Chuck Berry, Elmore James, John Lee Hooker, Bo Diddley and others helped land them a contract with Cambridge's Rounder Records.

They had moved to Boston and cut their teeth in the city's blues circuit before their second album for Rounder, "Move It On Over," struck big with the title track, an amped-up cover of a Hank Williams tune. They added a saxophonist (Hank Carter) and further fame came in the '80s through a signing to EMI Records, which released a series of gold records by the band. These included 1982's "Bad to the Bone" (the title track is George Thorogood's best-known composition and its video became a staple on MTV) and 1988's "Born to Be Bad," with the swaggering hit, "You Talk Too Much.''

The '90s saw more hit-making with 1993's "Get a Haircut,'' from the album "Haircut," and albums followed into the new millennium with 2003's "Ride 'Til I Die" and 2006's "Hard Stuff" (on Eagle Records). A 2004 Capitol compilation, "Greatest Hits: 30 Years of Rock," went gold and was No. 1 on Billboard's blues chart for a noteworthy 60 weeks, while winning the magazine's award for blues record of the year

Visit George Thorogood and the Destroyers online at: http://www.georgethorogood.com.