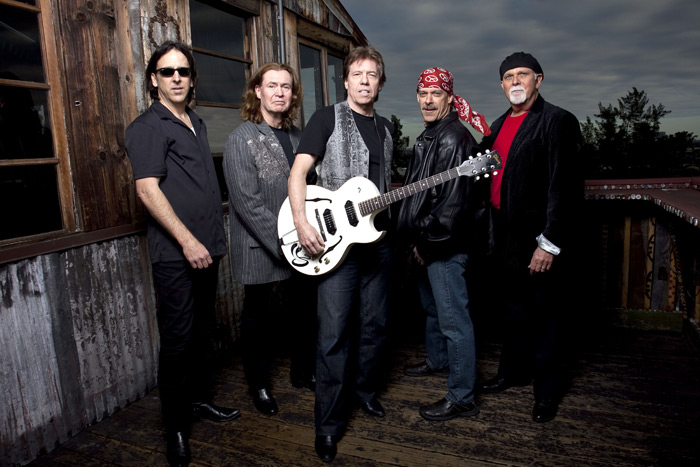 George Thorogood and the Destroyers

It's not so much a bad attitude as it is a straightforward, no-nonsense approach that defines George Thorogood.

Many musicians in his category, which is to say, famous singer, talented guitarist and profitable (so says tour tracker Pollstar), they just assume venues will always come calling and asking for concert dates. In other words, these artists consider their appearances a "promoter obligation," or required duty.

Thorogood, on the other hand, says, "You just can't take it for granted that you'll play forever."  As such, he says his approach to each performance is to offer a set so amazing that the promoter and fans will want to bring him and his band, the Destroyers, back again and again.

"That's (always) been our approach," he says.

When given the chance, many musicians like Thorogood would take the spotlight, and tout their own abilities. But the singer and guitarist behind "Bad to the Bone," "I Drink Alone" and "Get a Haircut" almost goes so far as to call himself the second banana in his own band.

"We have the world's greatest rock drummer," he says of Jeff Simon.

When his bandmate gets down and dirty on the drums, Thorogood says, "Forget it. It's all over."

"It's like the pulse of the whole deal. ... I get the people's attention, but Jeff keeps their attention," he says.

Now, many musicians with hit songs from the '80s would say they don't especially look forward to performing 25- and 30-year-old material. But Thorogood says he enjoys performing "all of them," when asked which tunes he prefers in 2010.

"McCartney is in every song he sings," Thorogood quips.

When Thorogood and the Destroyers come to Artpark on July 27 (6:30 concert start), they will be performing in support of the recently released blues-rock disc "The Dirty Dozen," and the re-release of their eponymous "Live in Boston 1982" album.

As so many musicians create albums simply to sell their wares to the general public these days, Thorogood says the songs off his albums match very closely with what the band sounds like in person. In fact, he says "The Dirty Dozen" cuts were selected because they translate so well on stage.

"That's the mother lode of what the Destroyers are about," Thorogood says.

In terms of his live show, the frontman says he's excited about performing outside in Lewiston, calling such "in-nature" opportunities "a rush."

"It's kind of groovy when we play outdoors," Thorogood says. "I get to be Mick Jagger."

"You just let it all hang out," he says. "People outside feel freer."

George Thorogood and the Destroyers perform July 27 as part of the "Tuesday in the Park" concert series at Artpark.